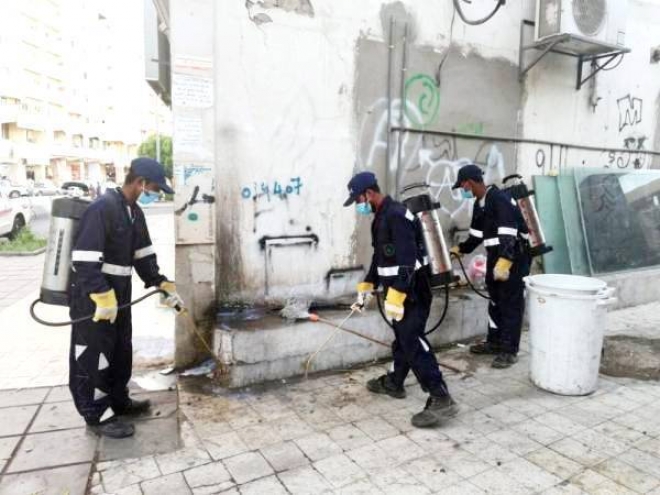 MADINAH — Despite the announcement of the Ministry of Municipal and Rural Affairs that about SR20 million were allocated to fight the migrating insects, the municipality here fears that crickets and grasshoppers might return in the not so distant future.

Ahmed Al-Badaani, director of the department of environmental health, said the municipality has monitored generations of crickets and grasshoppers laying their eggs at hidden places in a number of farms.

"These insects are waiting for suitable climate to hatch their eggs so their recurrence is quite possible," he said.

Badaani said the difficulty of dealing with these large numbers of migrating insects is caused by the lack of previous studies and also by the sensitivity of using chemicals at places which are crowded by visitors inside the Prophet's Mosque, the outside plazas and tourist and historical areas.

"We are extremely concerned about the safety of the visitors, especially children and old people," he said.

Badaani said the insects are able to fly fast looking for new havens which are suitable to them.

He admitted that there were signs that the migrating insects have disappeared from the residential areas as they were contained and controlled.

He explained that the municipality had signed contracts with four companies to fight the insects for 12 months.

Badaani said about 45 teams and 172 specialists, technicians, supervisors, workers and drivers were fighting the insects inside the farms, public parks and residential areas.

He said new means of fighting the migrating insects such as the electric traps have proven to be effective in fighting the crickets and grasshoppers.