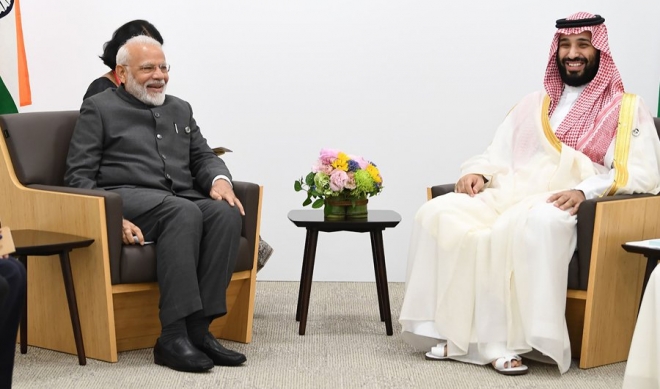 NEW DELHI: Saudi Arabia has increased India’s Hajj quota by 30,000, lifting the figure to 200,000 per year. The enhanced quota means India will send the second-highest number of pilgrims for Hajj after Indonesia.

Vijay Gokhale, India’s foreign secretary, said that the “crown prince has promised PM Modi the quota will be increased.”

“This is important and this has been done,” he said

India’s Minority Affairs Minister Mukhtar Abbas Naqvi said the increase was a result of Modi’s “cordial and friendly” relations with the Saudi leadership.

“We are grateful to the Kingdom for increasing the Hajj quota. This will be the highest number of pilgrims to be handled by the Indian Hajj mission in its history,” he told Arab News. “The decision reflects the increasingly close and developing strategic relationship between the two countries, which has taken an upward trajectory in the recent years,” he said.

“We are geared up to receive the Indian Hajj pilgrims starting from July 4, 2019. The Saudi leadership involved in Hajj management, including Makkah Gov. Prince Khaled Al-Faisal and Hajj Minister Mohammed Salih Bentin, have promised to make Indian pilgrims’ stay in the Kingdom as comfortable as possible.”

Anwar Sadat, a New Delhi resident, also welcomed the increase in the quota. “I waited for three years before my turn came to perform Hajj. The increase of 30,000 is significant ... I feel that the quota should go up further.”


⇐ Previous:
Makkah Road Initiative to serve 225,000 pilgrims
Next: ⇒
Ban on entry of expats into Makkah begins on Shawwal 25