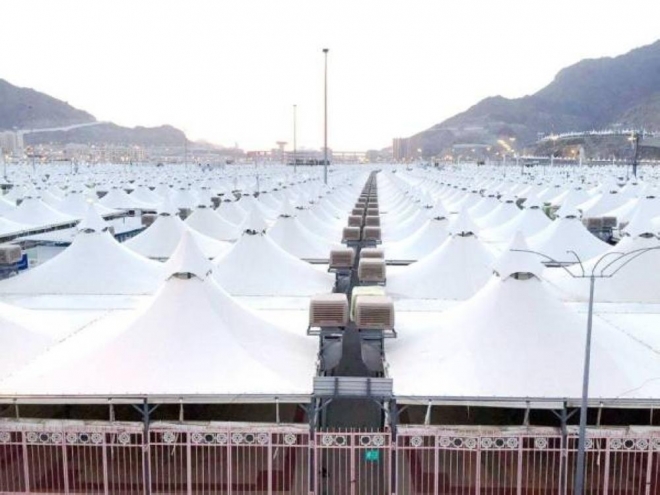 MAKKAH — As many as 230,000 seats with service providers have been specified for Saudi nationals and expatriate residents wishing to perform the upcoming Haj pilgrimage, the Ministry of Haj and Umrah has announced.

The ministry said the reservation of the seats would start on Thursday through the ministry's electronic portal.

"The only means of reservation is the e-portal," the ministry said, warning prospective pilgrims that no other means of registration such as through the offices of service providers would be allowed.

The ministry said it upgraded the server to be able to deal professionally with local pilgrims especially for the rush of applicants during the first days.

Mohammed Saad Al-Qurashi, a member of the coordination office of the local Haj companies, said this year as many as 180 companies have been licensed to provide serves to the domestic pilgrims consisting of citizens and expatriates.

Meanwhile, the Tawafa Establishment for Pilgrims from Arab Countries has started building multi-story tents in Mina for more than 350,000 pilgrims coming from 19 countries.

The establishment said the project, under the supervision of the Ministry of Haj and Umrah, has been approved by the Authority for the Development of Makkah region.

It said the project would provide about 40 percent additional area for the accommodation of pilgrims.

Chairman of the establishment Abbas Qattan said the Civil Defense approved the safety of the multi-story buildings and added that as many as 148 field offices would assess the satisfaction level of the pilgrims so as to continue with the project in coming years.

On the other hand, chairman of the Tawafa Establishment for Pilgrims from South Asia said the establishment would be serving more than 570,000 pilgrims through 140 field offices manned by 16,659 personnel.

The chairman said the establishment would distribute about 7.8 million meals and 2.3 million Zamzam water bottles to its pilgrims.

He revealed that last year the establishment introduced bunker beds for about 65,000 pilgrims and said this year the number would be increased to 150,000.