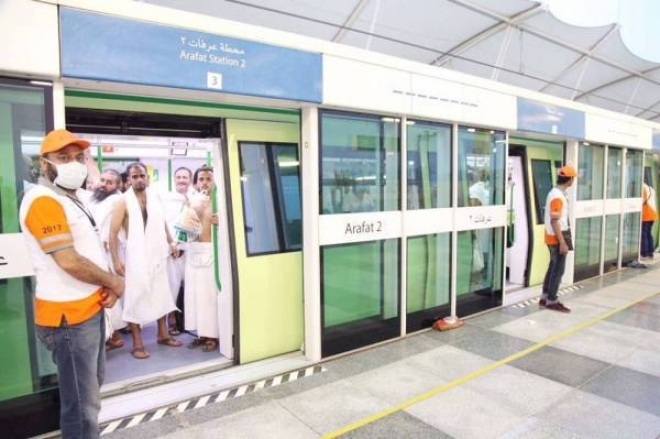 MAKKAH — The Authority for the Development of Makkah Region (ADMR) has offered about 7,000 seasonal jobs for men to work in crowd control inside trains operating between the holy sites of Mina and Arafat during the days of the annual Haj pilgrimage.

The company operating the train service is currently running experimental daily trips in the mornings and evenings between the stations of Mina, Arafat and Muzdalifah to ensure the readiness of the cars, the railway and the signals.

Mohammed Al-Qurashi, a member of the coordination council of the internal Haj companies, said the trains would transport about 360,000 male and female pilgrims during the Haj season.

Meanwhile, the Ministry of Haj and Umrah has handed over locations in the holy sites to the Haj companies serving the internal pilgrims so that they can start prepare their tents for accommodating the pilgrims in Mina and Arafat.

Qurashi said the companies had started the work to prepare and furnish the tents long before the Haj season.

This year, the Haj pilgrimage will tentatively start on Friday, Aug. 9, with the Day of Arafat falling on Saturday. Saudi authorities are likely to make the final announcement on the actual beginning of the Haj on Aug. 1 after sighting the crescent of Dhul Hijjah, the 12th month of the Islamic calendar. The rituals of the Haj continue for five to six days.