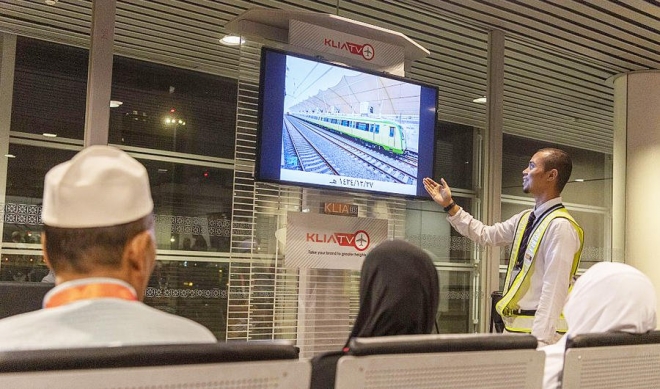 JEDDAH: The second flight of Pakistani pilgrims, carrying 442 pilgrims, arrived on Friday at the Prince Mohammed bin Abdul Aziz International Airport in Madinah as part of the “Makkah Route” initiative to perform Hajj this year.

Raja Ali Ejaz, Pakistan ambassador to Saudi Arabia, and Saudi officials received the pilgrims at the airport, and presented them with flowers, dates, sweets and Zamzam water.

The pilgrims expressed their gratitude to the Saudi government, which is working hard to allocate resources to help visitors perform Hajj and return to their countries safely.

Meanwhile, Malaysian pilgrims became acquainted with projects to develop the Two Holy Mosques and other spiritual rituals, on screens at Kuala Lumpur International Airport while they were waiting for their flights to the Kingdom.

This is also part of the “Makkah Route” initiative to elevate the level of services provided for pilgrims during the Hajj.

Photographs taken during previous Hajj seasons were displayed on screens on the waiting lounge at the airport, under the supervision of the initiative’s supervising committee, to inform pilgrims about the development projects in the Two Holy Mosques.

The Makkah Route initiative is expected to serve more than 225,000 pilgrims passing through airports in Malaysia, Indonesia, Pakistan, Bangladesh and Tunisia. The service includes issuing visas, ensuring compliance with health requirements, and codifying and sorting luggage at airports in the pilgrims’ own countries.