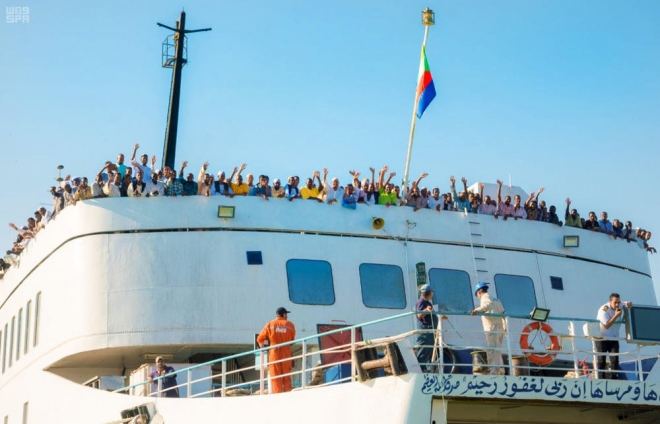 RIYADH: King Salman has issued an order to host 1,000 pilgrims from Sudan to perform Hajj, the Saudi Press Agency reported on Sunday.

According to the directive, the 1,000 pilgrims will perform Hajj within the Custodian of the Two Holy Mosques’ Guests Program for Hajj and Umrah, implemented and supervised by the Ministry of Islamic Affairs, Call and Guidance.

Islamic Affairs Minister Sheikh Abdullatif Al-Asheikh said that of this total, 500 pilgrims would be selected from the Sudanese army and those belonging to the families of Sudanese martyred while participating in the “Determination Storm and Restoring of Hope” operations within the Arab coalition forces supporting the legitimate government in Yemen.

This year, King Salman has ordered the hosting of 1,300 pilgrims from around the world as part of the Custodian of the Two Holy Mosques’ Guests Program for Hajj and Umrah.

Earlier, King Salman issued a directive for the hosting of 200 Hajj pilgrims from the families of victims of the terrorist attack in Christchurch, New Zealand.

The king also ordered 1,000 Palestinian pilgrims who are family members of martyrs to be hosted while they performed Hajj.

Al-Asheikh said that the hosting of the families during the Hajj season was part of Saudi Arabia’s efforts to “confront and defeat terrorism” in all its forms.

So far, the number of pilgrims who have arrived in the Kingdom since the start of the Hajj season has reached 562,056, according to statistics issued by the Saudi General Directorate of Passports.

Last year more that 1.75 million pilgrims from abroad performed Hajj, according to figures from the Saudi General Directorate of Passports.