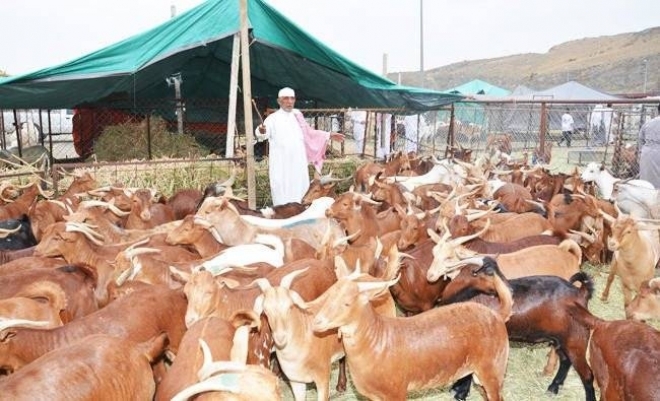 JAZAN — The prices of sheep have gone up by about 50 percent and the cattle traders expect the rise in the prices to reach about 70 percent, according to local daily Al-Watan on Tuesday.

The traders said the price per head of Al-Harri (local Saudi sheep) ranges between SR1,000 and SR1,500 while the Sawakni (Sudanese) is between SR500 and SR800 and the Baladi (sheep born and raised up in the Kingdom) is between SR800 and SR1,200.

They attributed the sharp rise in the prices of sheep and cattle to the advent of Eid Al-Adha and the drop in imported animals.

According to the Ministry of Environment, Water and Agriculture, the local and imported product was 25.4 million heads of sheep last year.

The ministry said the sheep are imported from Sudan, Somalia, Djibouti, Jordan, Georgia, Kuwait, the US, Oman, the EU, South Africa and the United Arab Emirates.

The ministry said during the past 20 days it had released 539,153 heads of animals consisting of 537,718 sheep and 1,435 camels within its plans to cater to the market needs these days.

It said during the past six months, more than three million heads of sheep and cattle were imported.

The sheep traders also said the prices were up due to the high price of the fodder.