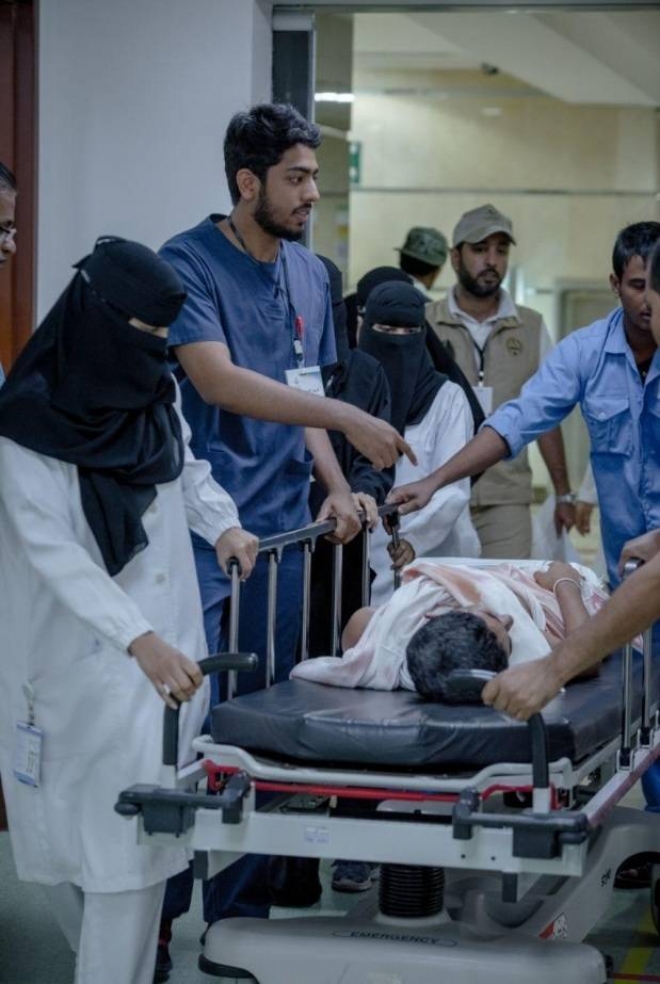 MAKKAH — A strong paramedic force of over 3,000 personnel will be providing free health-related services to the pilgrims in the holy sites, the Saudi Press Agency (SPA) said quoting a ministry of health official.

The General Authority for Statistics said that the number of peopling medical services (including cases of emergency) to Haj pilgrims this season amounted to 30,908 individuals, including 8,685 women, according to the report.

The Ministry of Health has assigned a specialized team of doctors, nurses, pharmacists, and others to cater to the needs of the pilgrims, SPA said.

There are 16 operating hospitals in Makkah and its surrounding areas, as well as 125 health centers equipped with all the necessary equipment. There are also 68 teams of medical personnel stationed across the holy sites.

The report also said that the Saudi Red Crescent Authority has allocated more than 36 permanent relief centers and 89 temporary centers along with over 2,700 employees in all emergency specialties supported by approximately 370 ambulances equipped with the latest technology and medical equipment. These emergency medical services are located in centers in Makkah, the Grand Mosque, Madinah, Mina, Arafat and Muzdalifah.

The authority has also allocated a full range of mechanized and fully equipped manpower to benefit from support plans during the season, emergency situations or disasters, including 66 technicians, specialists, more than 25 ambulances and equipped vehicles.

The authority will continue to provide its air ambulance service during this year’s Haj. This will be in cooperation with the Presidency of State Security, represented by Security Aviation and the Ministry of Defense, represented by the Medical Evacuation service.

In this regard, the authority, in collaboration with its partners, has allocated five of the latest aircraft in the world, provided with the latest emergency medical equipment to cover the holy sites during the Haj season.

These efforts emanate from the keenness of the government of Custodian of the Two Holy Mosques King Salman and Crown Prince Muhammad Bin Salman to provide emergency and intensive medical care for critical cases and to respond quickly to these cases so that these services are complementary to the health services being provided to the Guests of Allah by Saudi doctors, paramedics, pilots and air and ground services.

All health and ambulance crews will be working around the clock during the Haj season — up until 20th Dhul-Hijjah 20 (Aug. 21).


⇐ Previous:
Last of ‘Makkah Route’ pilgrims arrive in Saudi Arabia for Hajj
Next: ⇒
Zamzam: The well that hasn’t dried out for over 5,000 years!