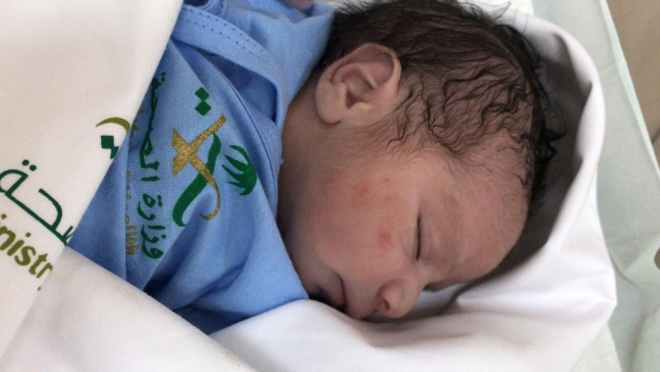 MINA: Hospitals in Makkah and the holy places in Mina and Arafat recorded eight births while the Hajj pilgrimage was in progress, the Ministry of Health said on Sunday.

A ministry report carried by the Saudi Press Agency (SPA) said the Makkah Maternity and Children Hospital registered 5 births, two in Arafat and one in Mina.

The babies born in Arafat were delivered by pilgrims, who were performing Hajj rites in the holy mount on August 10, the second day of Hajj. It was not known if the mothers of the other babies were also pilgrims.

Forty-year-old Libyan pilgrim Suad Mohammed Barbush delivered her baby boy at the Jabal al-Rahma Hospital and named him Arafah, after the holy mount. Parents usually agree to name their babies who are born in the mountain either Arafah or Arafat.

Ashan Yusuf expressed happiness and gratitude to the hospital medical team after both the mother and baby were declared in stable condition.

The second woman was Guinean pilgrim Maimunah Ali, 23, who gave birth at the East Arafat Hospital on Saturday afternoon, hours after she and her husband climbed Arafat in the morning as part of the Hajj ritual.

Doctors also declared the Guinean mother and baby in "stable and sound condition."