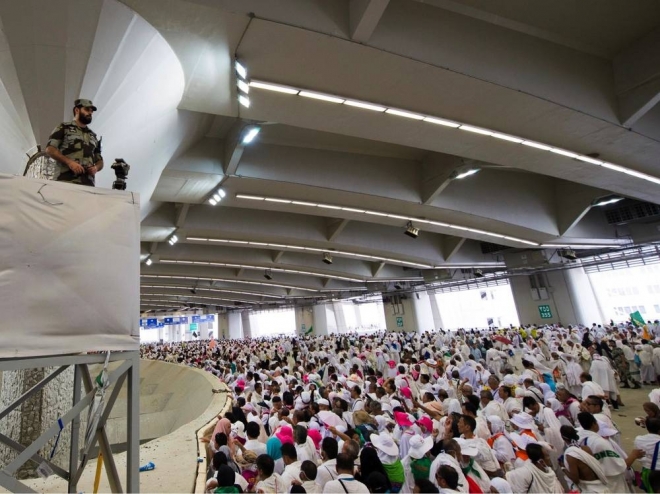 MINA — The Jamrat facility in Mina has been designed to accommodate about 300,000 pilgrims per hour and the project has cost SR4.2 billion.

The facility is 950 meters long, 80 meters wide and designed to have 12 stories in the future to accommodate more than five million pilgrims who will be able to smoothly throw pebbles at the wall that symbolizes the stoning of the Satan.

According to a Saudi Press Agency (SPA) report, the project now has five stories, three tunnels, 11 entry points and 12 exits leading to the four directions.

It has six emergency towers linked to the ground floor, the tunnels and the landing field for aircraft.

Meanwhile, as many as 382,091 pilgrims from the Arab countries have performed the Haj this year, according to their tawafa establishment.

The majority of the pilgrims from the Arab countries came from Egypt with 85,663, followed by Iraq with 57,975 pilgrims and the third Algeria with 36,478.

Last on the list of the 18 Arab countries was the Comoros from where 1,242 pilgrims have come.