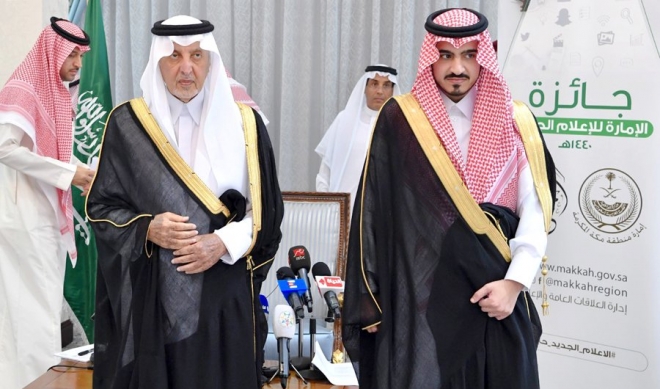 Prince Khalid said all Saudis were proud of the efforts made to help pilgrims during their stay in the Kingdom.

He thanked local and international media representatives for their coverage of the pilgrimage, telling a press conference in Mina that the number of Hajj pilgrims this year reached 2,489,406.

He said that the number of people violating Hajj permit and entry regulations was 298,379, a 29 percent drop from last year’s figure.

The Makkah governor said that more than 350,000 people had worked to provide pilgrims with support and services. He also said that 35,000 volunteers, in addition to 120,000 security personnel, 30,000 health practitioners and 200,000 workers from other sectors, had contributed to the success of the Hajj season.

Prince Khalid told the media that health services were provided for more than 500,000 pilgrims. As many as 173 hospitals, health centers, and mobile clinics with a capacity of 5,000 beds were available. Health professionals carried out 336 open heart operations and cardiac catheterizations, as well as 2,700 other procedures.