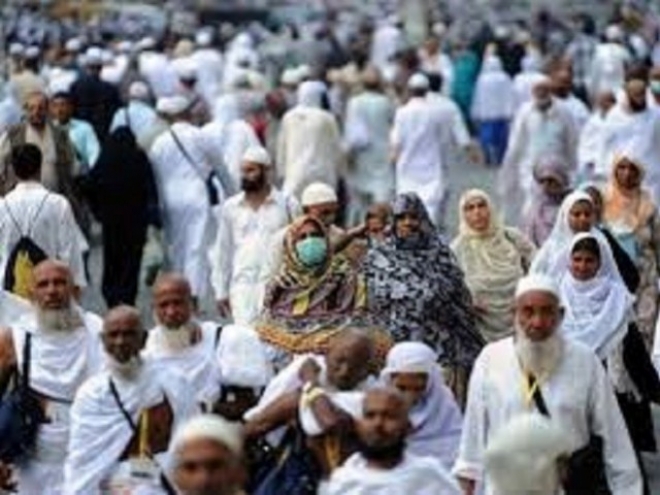 A session of the committee was held under the chairmanship of Senator Maulana Abdul Ghafoor Haideri.

The committee was apprised of the Hajj policy for year 2020.

The committee reviewed the Hajj arrangements made during 2019, complaints of pilgrims and steps taken by the ministry to address them, boarding and lodging facilities, health services and improvements needed on airports.

Minister for Religious Affairs Pir Noorul Haq Qadri remarked that Hajj arrangements made this year were better as compared to previous years.

He said that the agreements for acquiring buildings will be better and cheaper as Hajj policy has been based on three years this time.
Facilities on cheaper rates, acquisition of buildings on long term and contract and transport arrangements are being reviewed under the current policy.

The formation of Hajj fund and extension of “Road to Makkh” project to all the airports of four provincial capitals is also under consideration.

The committee was told that the ministry had no role to play in the last days of Hajj as Saudi authorities themselves made arrangements.
Briefing the committee, Religious Affairs Secretary Mushtaq Ahmed said that 123,316 Pakistani pilgrims performed Hajj under the government scheme and 76,684 under private Hajj scheme this year.

“As many as 22,000 had benefited from Road to Makkah project and e-visa facility, which would be expanded to all provincial capitals next year,” he said.

Out of 123,316 Government Scheme Hujjaj, 112,500 were provided accommodation in Markazi Madina Munawarrah, while 13 catering companies in Makkah and 12 in Madina were hired to provide three times meal to the pilgrims.

Moalim of two makatibs including 80 and 82 had been blacklisted by the Saudi authorities.