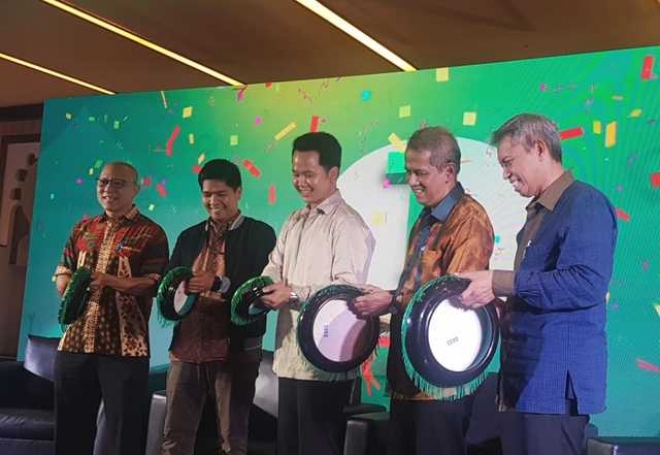 Jakarta.  E-commerce giant Tokopedia has launched its own umrah pilgrimage service called the Tokopedia Umrah. The service is part of its new Muslim ecosystem, the Tokopedia Salam. The company said it hoped to improve the reputation of the umrah, or "mini-hajj," industry that had been ruined by massive frauds in the past few years.

Tokopedia Umrah is a marketplace for licensed umrah travel agencies where they can sell various installment plans and travel packages directly to customers.

"Tokopedia Salam will allow umrah merchants to evolve into technology companies that can easily adapt to market needs and bring a greater scope to their business," Tokopedia Salam head Garri Juanda said in a press conference in Jakarta on Wednesday.

Indonesia has the largest Muslim population in the world. Long waiting time for the hajj pilgrimage has blown up demand for the umrah, a shorter pilgrimage to Mecca and Medina that can be taken at any time of the year.

According to the Indonesian Umrah and Hajj Travel Companies Consultant (Patuhi), the umrah industry is estimated to be worth at least $1.8 billion annually.

But lax regulations had provided loopholes for umrah operators to scam their customers. Last year, a West Java court sentenced a couple to 20 years in jail for scamming Rp 1.3 trillion ($92 million) from more than 60,000 would-be pilgrims who bought umrah trips from their travel agency, called First Travel, between 2015 and 2017.

Since the case surfaced, the Religious Affairs Ministry had issued a requirement that all umrah travel agencies must be licensed by the ministry.

Garri said all the umrah agencies on Tokopedia had gone through a strict selection system to prevent fraud.

"We checked their financial statements; do they have unpaid bills, how many branches do they have, do they get bad reviews. We also check that their license is still valid," Garri said.

"Customers can check every detail of the trips, including the price. Tokopedia is the first unicorn in Indonesia, and the world, to offer this type of service, so this is a historical moment," Adiwarman said.

"Since the launch, Tokopedia Salam has seen an increase in visitors of 45 percent, from September to October," Garri said.

There are now more than 21 million curated products – everything from food and beverages to beauty and fashion products – from over 700,000 merchants on Tokopedia.

A study by the University of Indonesia's Institute for Economic and Social Research (LPEM) estimated that Tokopedia's total nominal transaction or gross merchandise value will reach Rp 222 trillion this year, up considerably from last year's Rp 73 trillion.