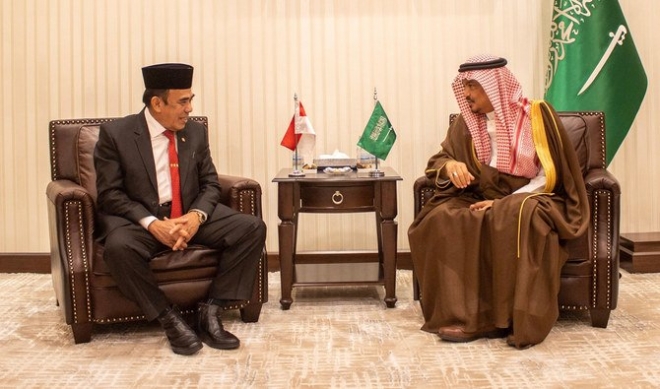 The increasing quota of hajj pilgrims is good news for Muslims in Indonesia as it will reduce the waiting time for departures  to the Holy Land.

The average waiting period for the Indonesian hajj pilgrims is around 20 years, while the longest one is experienced by those in Bantaeng, South Sulawesi as it could reach up to 40 years.

Indonesia’s Minister of Religion Affairs Facrul Razi is lobbying the Government of the Kingdom of Saudi Arabia to increase the basic quota of pilgrims for Indonesia to 231,000 in the 1441 Hijr/2020 AD Hajj season.

“Minister Fachrul Razi has written a letter to the Minister of Hajj and Umrah of Saudi Arabia, asking for Indonesia’s basic quota be set to 231,000,” the Director General of Hajj and Umrah Management at the Indonesian Ministry of Religion Affairs, Nizar Ali, said after accompanying the minister on the signing of the Memorandum of Understanding on Hajj Arrangement 1441 Hijr / 202 AD in Makkah on Monday (Dec 2).

According to Nizar Ali, this lobbying and the letter are needed given that Indonesia’s basic hajj quota as stipulated in the MoU on the implementation of the Hajj 1441 Hijr/ 2020 AD is still 221,000, the Government News Network reported as quoted by Indonesia Window here on Thursday.

“From the discussion in the Special Official Meeting with Saudi’s Deputy Minister of Hajj, our request will be taken into account,” he said.

The hajj pilgrimage quota refers to the agreement of the Organization of the Islamic Conference (OIC) Summit in 1987 in Amman, Jordan, mentioning that in every 1,000 Muslim population in a country, only one person has the opportunity to perform hajj in one year.

Meanwhile, in 2019, King Salman again provided an additional quota for Indonesian pilgrims to 231,000.

“In addition to the quota of pilgrims, we also submitted an additional proposal on quota for hajj officials, from 4,100 last year to 4,200 officials,” Nizar said.


⇐ Previous:
Consumption of water in Holy Haram bathrooms to be cut by 65%
Next: ⇒
200 indigent Muslim Pinoys join Hajj 2020