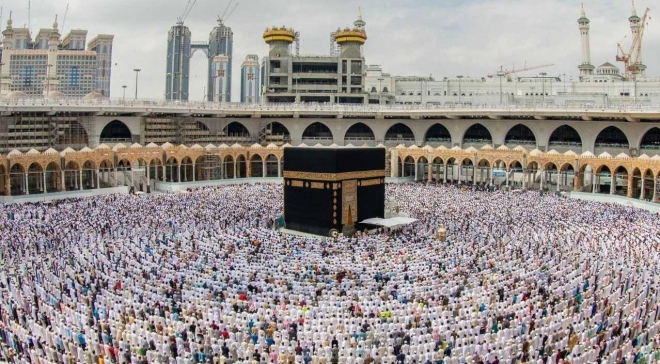 The Ministry of Haj and Umrah has begun, as of Jan. 1 2020, implementing the comprehensive insurance plan to Umrah pilgrims (coming from abroad) during their visit to the Kingdom, Ayman Arfaj, general supervisor of the media center at the ministry, said in a statement.

The insurance coverage will be linked to visitor visas, and the relevant policy will become effective upon arrival of Umrah pilgrims in the Kingdom.

As of Jan. 1, a total of 8,452 policies were issued to Umrah pilgrims by The Company for Cooperative Insurance (Tawuniya), he concluded.

On Dec. 11, 2019, Tawuniya signed an agreement with the Ministry of Haj and Umrah to provide insurance services to Umrah and Haj pilgrims for four years.

The Umrah pilgrim can avail this insurance policy to visit government or private hospitals duding his visit. He only has to present his passport number.

Among the benefits of the comprehensive insurance is that the Umrah pilgrim can be compensated in case his flights are delayed or canceled, in cases of death and in transporting the bodies, or in accidents and disasters.

Meanwhile, official statistics on the weekly Umrah index have shown that 2,570,809 Umrah visas were issued since the beginning of the Umrah season for this year on Muharram 1, 1441 AH until Jumad Al-Awwal 7, 1441 AH while 2,241,140 Umrah pilgrims arrived in the Kingdom, Al-Arfaj said on Saturday.

The weekly Umrah index showed that 1,795,850 Umrah pilgrims have departed from the Kingdom after performing Umrah rites and Ziyarah.

The Umrah pilgrims entered the Kingdom via various entry points. Over 2,120,677 Umrah pilgrims arrived via airports, 116,537 via land crossing points and 3,928 via seaports.