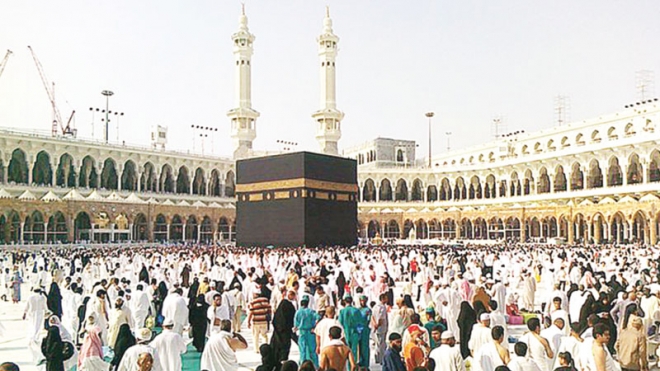 The religious affairs ministry is considering the introduction of a low-cost ‘Aziziyah package’ for Hajj pilgrims for the first time this year.

However, the cost of Hajj is likely to increase this year, as the airline authorities have hinted at a fare increase.

When asked about the Aziziyah package, he said, “There is a proposal regarding the package. But decision will be taken at today’s meeting.”

He said the meeting would decide on Hajj packages and they would be later sent for cabinet approval.

About the cost of the Aziziyah package, Nuri said, it would be decided at the meeting once the proposal was accepted.

According to ministry sources, the government is thinking of fixing the total cost including air fare and accommodation a Tk 2.50–3.0 lakh for the Aziziyah package.

Al Aziziyah is located in Saudi Arabia and close to the Kaaba Sharif. From there, Hajj pilgrims could easily visit the Kaaba, sources said.

According to sources, Biman Bangladesh Airlines carried Hajj pilgrims at Tk 1.28 lakh last year but they have already

informed the ministry concerned that they would not be able to carry Hajj pilgrims at less than Tk 1.40 lakh per person this year.