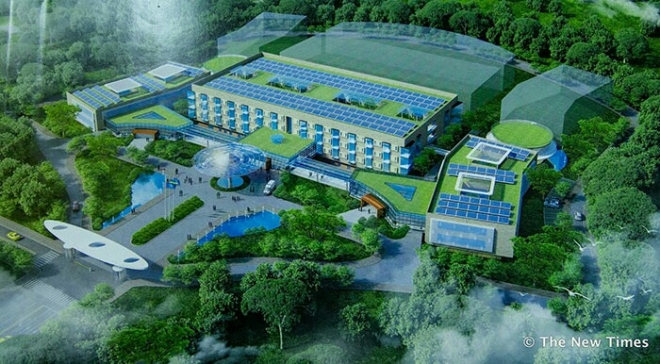 The government of Nigeria has performed the groundbreaking ceremony for the construction of Kaduna State pilgrims’ hotel facility in the Mando transit camp, Kaduna.

Governor of Kaduna State, Mallam Nasiru El-Rufa’i who flagged off the project to start said that the facility aims to end the stress and discomfort being experienced by pilgrims while waiting for airlift to Saudi Arabia.

The project has been in the map in the card in the last three years with the former Chairman National Hajj Commission of Nigeria (NAHCON) Abdullahi Mukhtar Muhammad. NAHCON will construct the pilgrims’ hotel facility and a multi-purpose centre in the Kaduna Hajj camp as part of Hajj Development Levy projects nationwide.

The Mando Hajj Camp has served pilgrims from Kaduna, Benue, Plateau Niger and Nasarawa states since 1986. It was initially designed to be a short transit camp but due to cancellations and flight delays, pilgrims are subjected to spending long hours and even days in the inconvenient open spaces hence the need for the hotel facility.

NAHCON’s out-going Commissioner of Operations, Abdullahi Modibbo Saleh, said the project would have reached advanced stages but for bureaucratic bottlenecks that hindered the projects take off for over two years. The Acting Commissioner also informed that US $5.5m has been generated from the Hajj Development Levy and various projects have been constructed from the amount.

“This facility therefore is long overdue, and when completed, will serve pilgrims for free during Hajj operation exercise and afterwards, accommodate other guests as a revenue generation venture for both the state and NAHCON,” said Abdullahi Modibbo.