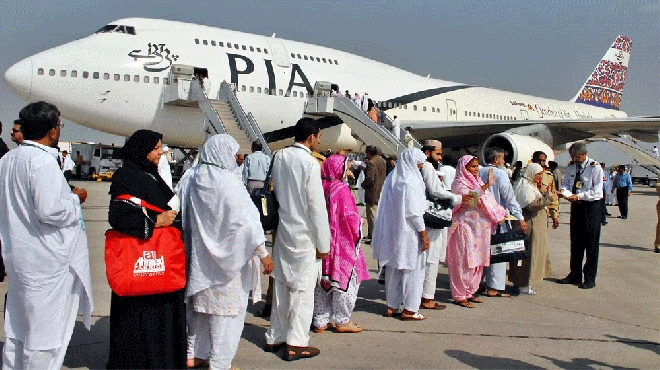 The federal government announced Hajj Policy 2020 earlier this week, under which 179,210 Pakistani pilgrims will be able to perform Hajj.

The government has set the ratio of private and government Hajj scheme at 40:60.

Noor ul Haq Qadri has advised the pilgrims to complete all necessary documents and arrange the amount beforehand to avoid any unwanted situations.

Under the Hajj policy, pilgrims from the northern region will have to pay Rs. 490,000 while the southern region’s pilgrims will pay Rs. 480,000.

Applicants who had their applications rejected in the last three years and are above 70 years of age will be selected for Hajj this year automatically.

However, they would be required to furnish the application numbers for the previous three years.

Banks with more than 250 branches will be able to receive the Hajj applications. Banks will keep the money of pilgrims in Sharia-compliant accounts only, stated the minister.

Submission of Hajj applications under government quota will last for 2 weeks.

Last year, the road to Makkah project was launched for pilgrims leaving from Islamabad International Airport.

The road to Makkah project allows pilgrims to undergo immigration and other paperwork at airports in their homeland so they do not have to wait in long queues at Saudi airports.

Noor ul Haq Qadri is deliberating with his Saudi Arabian counterpart to initiate the road to Makkah project from all four provincial capitals this year.


⇐ Previous:
A pilgrimage can be a response to an invitation from God
Next: ⇒
Your phone is now your room key at Jabal Omar Hyatt Regency Makkah