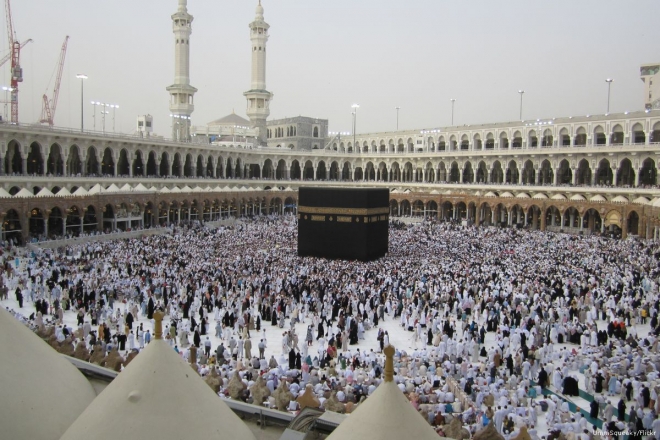 Turkey is preparing to quarantine more than 10,000 passengers who have returned from Umrah, the health minister announced yesterday.

The move comes after the country announced the first case of the coronavirus last week, and is part of its effort to stem the spread of the infection. The number of those infected has risen to 18 after 12 news cases were reported yesterday.

“Every detected case and every isolation is a security measure for all of us,” Health Minister Fahrettin Koca said.

Pilgrims who returned from Umrah in Saudi Arabia on Saturday night have been placed in separate rooms as part of coronavirus quarantine measures, the minister announced.

In an effort to tackle the spread of misinforamtion about the COVID-19 virus, the General Directorate of Security announced that police will begin investigating people who spread fake news.

Four people were arrested in Ankara after they were found to be selling fake antibacterical hand gel.

Turkey shut down all public libraries and has allowed free access to science magazines for those staying home, particularly children, due to coronavirus, Industry and Technology Minister Mustafa Varank wrote on Twitter.

President Recep Tayyip Erdogan will announce steps to be taken this week to reduce the economic impact of the coronavirus outbreak this week, Treasury and Finance Minister of Turkey Berat Albayrak said.