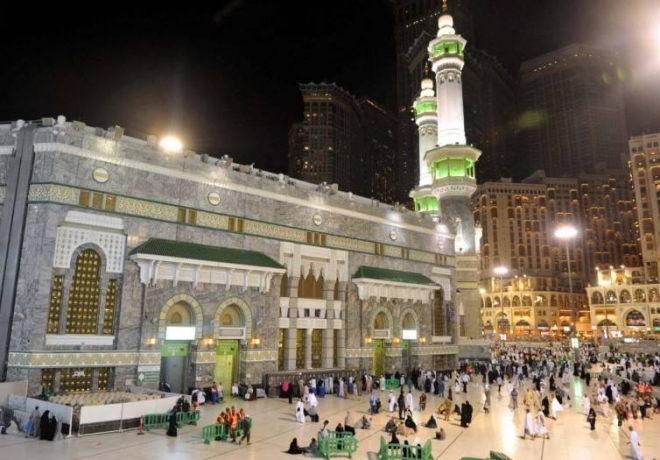 The authorities have suspended the entry and prayer in the outer courtyards of Two Holy Mosques in Makkah and Madinah, Saudi Press Agency reported early Friday quoting a statement from the spokesman of the General Presidency of the Grand Mosque and the Prophet’s Affairs.

The temporary suspension, which comes into force on Friday (March 20), is aimed at combating the coronavirus pandemic.

“The authority and the security and health agencies decided to halt the presence of people and prayer in the outer courtyards of the Grand Mosque in Makkah and the Prophet’s mosque in Madinah staring from Friday (March 20), as part of the precautionary and preventative measures to contain the spread of the coronavirus,” said the spokesman according to a statement on Twitter.

The General Presidency of the Grand Mosque and the Prophet’s Mosque calls upon everyone to cooperate with all precautionary measures for the health and safety of the pilgrims of the two holy mosques by preventing the spread of virus among worshipers, the statement added.

The spokesman also said in the statement that the presidency in cooperation with the security and health authorities is taking a number of precautions to prevent the spread of infection in Two Holy Mosques, stressing that the awareness and cooperation of the visitors will contribute to the success of the temporary precautionary measures.


⇐ Previous:
Major Hajj pilgrimage in Saudi Arabia to proceed – The Manila Times
Next: ⇒
PIA losses can soar to Rs6.3b a month