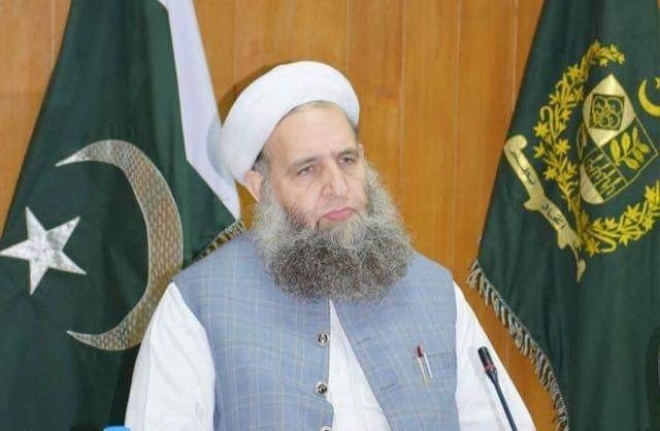 Minister for Religious Affairs Noorul Haq Qadri has said that the decision on whether or not this year’s Hajj would take place is expected to be made by 15th Ramazan.

Qadri said in his video statement that they are in touch with the Saudi Hajj ministry. He said they have been asked by the Saudi authorities not to sign Hajj agreements.

“The Saudi government is considering various options with regard to the Hajj pilgrimage,” he said.

“Saudi Arabia will make a decision after consultation with Pakistan.”

The minister further said the pilgrimage has been partially or fully postponed more than 40 times in the past.

“I understand that the Hajj pilgrimage would take place, if the situation improves,” he said.

On April 1, the kingdom asked Muslims to temporarily defer preparations for the annual pilgrimage amid uncertainty over the coronavirus pandemic.

Last month, it suspended the year-round Umrah pilgrimage over fears of the new coronavirus spreading to Islam’s holiest cities, an unprecedented move that raised uncertainty over the annual Hajj.

“But under the current circumstances, as we are talking about the global pandemic… the kingdom is keen to protect the health of Muslims and citizens and so we have asked our brother Muslims in all countries to wait before doing (Hajj) contracts until the situation is clear.”

Saudi authorities are yet to announce whether they will proceed with this year’s Hajj, scheduled for the end of July.

The pilgrimage — which last year attracted 2.5 million people — is a key revenue earner for the kingdom. But it could be a major source of contagion as it packs pilgrims closely in religious sites.

Last month, Saudi Arabia also suspended prayers inside all its mosques except the two holiest sites in Islam as it increased efforts to contain the virus.