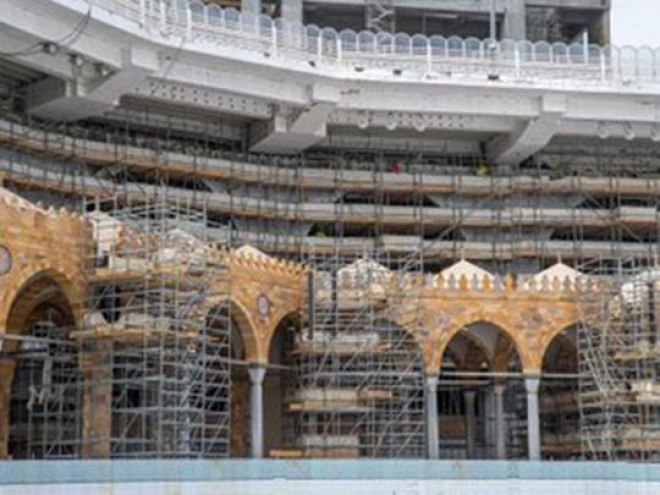 The General Presidency of the Two Holy Mosques has issued licences for projects related to the third stage of expansion works in the Grand Mosque in Mecca, the Saudi news agency SPA reported Thursday.

The work resumption will cover main gates of the site, installing artificial stone ceilings, completing the arches overlooking the courtyard and other major works, SPA quoted the presidency’s Projects and Engineering Studies Agency as saying.

The agency discussed the work plan and implementation of remaining projects, making use of the limited numbers of worshippers currently having access to the Grand Mosque due to the coronavirus-related restrictions.

Work on the third stage of expansion at the Grand Mosque in Mecca will be aided by the fewer number of worshippers due to the COVID-19 restrictions.

The agency said that the Saudi government is keen to complete expansion projects related to the two holy mosques and provide all comfort to visitors to the Grand Mosque while taking the necessary preventive measures in cooperation with competent bodies.

Saudi authorities have halted religious journeys to the two holy mosques in Mecca and Medina as part of strict measures to curb the spread of COVID-19.