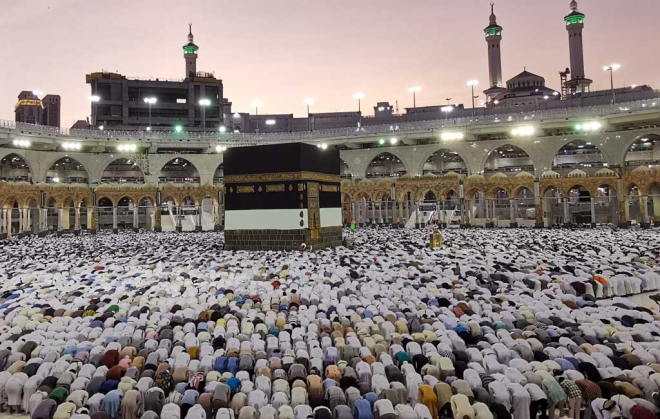 ISLAMABAD: The Saudi government is expected to make a decision by June 15, this was stated by Federal Minister for Religious Affairs Pir Noor-ul-Haq Qadri while presiding over the Hajj Consultative Meeting on Thursday.

The meeting discussed in detail all possible arrangements for the payment of Hajj 2020.

He told the meeting that this year’s Hajj would not be a traditional Hajj but in the context of the corona epidemic, the pilgrims would have to take several precautionary measures in Saudi Arabia and Pakistan.

Instructing the DG Hajj Jeddah to make a possible estimate, the Federal Minister for Religious Affairs said that if Saudi Arabia in its decision reduces the number of pilgrims and the duration of Hajj, what will be the impact on the Hajj package?  What precautions has the World Health Organization recommended to Saudi officials in this regard?  The meeting also discussed sending only pilgrims between the ages of 20 and 50 to Saudi Arabia in accordance with the recommendations of the World Health Organization.

Secretary Religious Affairs Sardar Ijaz Ahmad Khan said in the meeting that the Ministry of Religious Affairs is ready for any kind of emergency regarding Hajj arrangements.  We will work day and night for the safe pilgrimage of our pilgrims.

The Federal Minister said that he was also in constant touch with the Saudi authorities and other Muslim countries.  We are confident that Saudi Arabia will make the best decision considering the convenience and safety of the pilgrims.

The Ministry and the Office of Pilgrims of Pakistan should continue their preparations keeping in view any possible decision.  There is a strong possibility that the Saudi government is expected to decide whether to perform the Hajj or suspend the Hajj by June 15.


⇐ Previous:
SA Muslims 'not able to embark' on Hajj pilgrimage due to Covid-19
Next: ⇒
No hajj for Malaysia’s Muslims this year due to pandemic