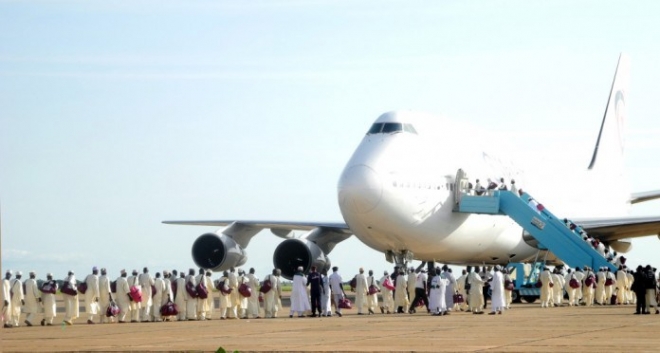 As Muslims in Nigeria and their counterparts accross the world await the government of Saudi Arabia’s official decision on the fate of 2020 Hajj exercise, the National Hajj Commission of Nigeria (NAHCON) has assured that the health and safety of Nigerian pilgrims will not be compromised.

NAHCON commissioner in charge of operations, licensing and tour operators, Alhaji Abdullahi Magaji Hardawa, gave the assurance while answering questions from the international media organisations specifically   France Radio and the Voice of America (VOA) in his office.

He said while the commission was still awaiting the the official announcement of the Saudi Government on the 2020 Hajj, the commission would also take into consideration the health and safety of Nigerians in deciding its participation in the annual pilgrimage, stressing that the lives and safety of the pilgrims is more important and paramount than any other consideration.

“Whatever the final decision of Saudi Arabia on Hajj 2020 may be, we on our part will make sure that the well-being and safety of our country’s contingent is paramount and secured,” he said.

Asked of the commission’s position on the Hajj 2020, especially against the background of limited time to the commencement of Hajj, the Commissioner said that the Commission is currently consulting with relevant stakeholders in the country to come up with advisory paper to guide the federal government in taking final decisions.

“We have just concluded the first phase of our consultation and interface with the National Assembly Committees and leadership. We will start the next phase this week with meetings with the licensed Tour operators and chief executives of State pilgrims welfare boards and after which we will collate our findings and send same to the Federal Government as an advisory to guide them in their final decision making.

“I can assure you that whatever decision that will be made will be in the best overall interest of Nigeria and Nigerians. We are not unmindful of the challenges and time constraints, but we will ensure that whatever advice we give to the  government will not be influenced by sentiments.”

The commissioner in a statement issued by Mousa Ubandawaki, assistant director, Information and Publication, NAHCON,  explained further that before the suspension of the 2020 Hajj arrangements by the Saudi authorities, the commission had made tremendous progress in the pricing and conduct of flight planning arrangement which had resulted in the reduction of cost paid to service providers to the tune of Three billion (₦3 Billion Naira) for which the federal government had praised the new board.

He stated that the Covid-19 pandemic might have eroded that initial achievements as transportation and accommodation arrangements hitherto made may have to  be adjusted in line with the World Health Organization (WHO) safety protocol which Nigeria is a signatory.

He however, assured that that commission has prepared well enough for any eventuality if it became imperative that the 2020 Hajj would go ahead.


⇐ Previous:
Bangladesh all but decides to skip Hajj this year
Next: ⇒
Saudi Arabia to lift COVID-19 curfew across Kingdom from Sunday morning