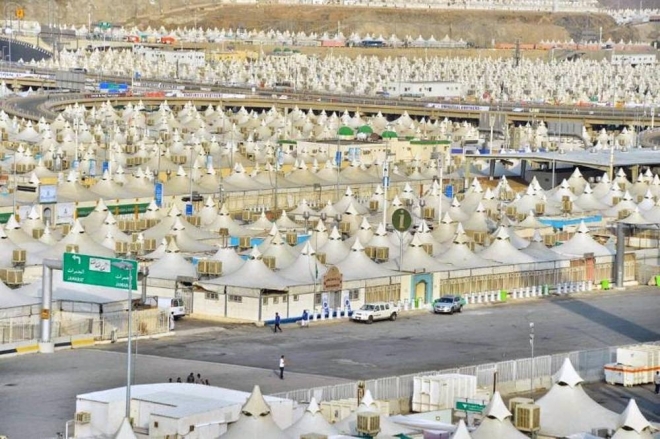 The space allocated for each pilgrim for this year’s Hajj will be four times larger than the area allocated previously, according to a senior Hajj official.

Speaking to Okaz/Saudi Gazette, Faten Bint Muhammad Hussein, advisor to Minister of Hajj and Umrah, said that this would be applied in the case of their accommodation or tents in Mina and Arafat.

Faten said the social distancing measures would enable the ministry officials and service providers in facilitating crowd control and in ensuring the health of pilgrims.

“The presence of a large number of pilgrims will inevitably make the transmission of infection to others easier.

“But such an eventuality could be averted due to the ministry’s decision to limit the number of pilgrims together with strict compliance with instructions of the Ministry of Health with regard to social distancing, at least two meters per person,” she said.

She emphasized that the new directive shows the Kingdom’s keenness on the performance of the ritual of Hajj in a way that ensures the safety and security of all.

Faten said the decision to hold Hajj, with a limited number of pilgrims, is a correct and wise step in the right direction.

“The decision came after an in-depth study by the National Crises and Disasters Control Center at the Ministry of Health, which has a very important role in analyzing the indicators that support decision-makers in the Kingdom and that the ministry was in communication with the World Health Organization,” she said.

Faten pointed out that the ministry has one of the best electronic platforms with the highest level of technological connectivity among all the agencies involved in providing services to pilgrims and their families, even in issuing Hajj permits.

The platforms will help choose the available Hajj services, including hospitality program, economic program 1 and economic program 2, and each program has special rates that are affordable for all segments of the society.