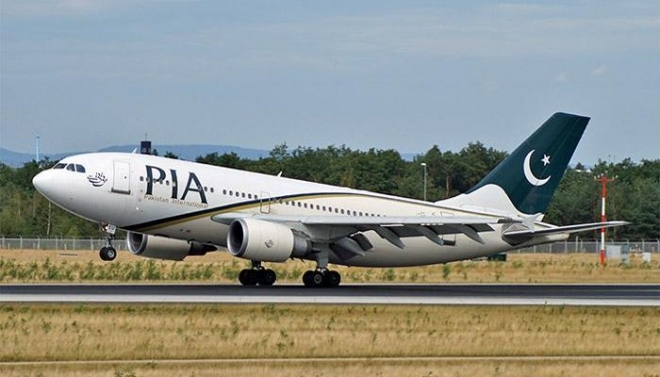 Saudi Arabia has suspended Hajj and umrah for everyone but people within the kingdom over coronavirus fears and this, the PIA spokesperson, says has dented the airline’s revenue.

“Around Rs11 billion to Rs12 billion is received annually from Hajj flights and Rs20 billion from Umrah flights.”

To compensate for the around Rs32 billion in losses, PIA has reduced its fares by Rs4,500 for one-way domestic flights. Travelling to Karachi, Lahore and Islamabad will now cost Rs12,000 as opposed to Rs16,500.

After the price drop the spokesperson confirmed that many people have started booking domestic tickets. He assured that coronavirus SOPs are being practised by airline officials, masks are mandatory for all passengers and social distancing is practised throughout the journey.

Once a journey is completed, the entire plane is sanitised, he said.

After the May 22 crash of PIA flight PK-8303, PIA has come under severe criticism. Last week, Aviation Minister Ghulam Sarwar Khan claimed there were dozens of pilots working for PIA whose flying licences are suspected to be fake. He also demanded a thorough scrutiny of the airline.

The opposition parties then accused the aviation minister of denting Pakistan’s image by giving statements about alleged fake licences. A petition has also been filed in the Islamabad High Court against the minister which asks to stop him from performing his duties.

When asked if he agrees with the criticism of Sarwar, the spokesperson said this was more of a moral subject.

“The fake licence issue is not in Pakistan alone,” he said. “Around 4,000 pilots were found with fake licenses in India. Egypt and Saudi Arabia also had pilots with fake credentials.”

He was of the opinion that whatever happened has happened and the authorities must now focus on scrutiny.