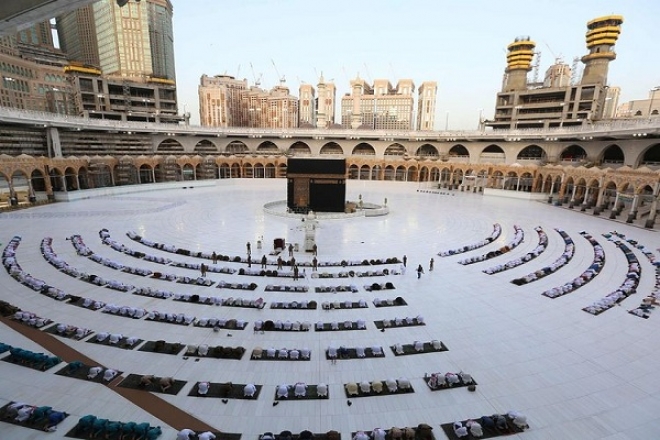 Saudi Arabia has announced that 70 percent of this year’s pilgrims will be expatriate residents while the remaining 30 per cent will be Saudis. The maximum number of participating pilgrims has been set at 10,000 to ensure a safe Hajj for all.

The expatriates wishing to perform this year’s Hajj, set to begin later in July, were given five days starting from Monday to register online, according to GNews. The applicants had to meet certain health conditions. They should not be sufferers of any chronic diseases, and provide a negative PCR test proving that they are free of coronavirus. The applicants should not have previously performed the Hajj, should be aged between 20 to 50 years, and sign a pledge to adhering to the quarantine period before and after performing the Hajj rituals.

The Saudi Ministry of the Hajj and Umrah has said that the health criteria will mainly determine the selection of those permitted to attend this year’s Hajj.

The 30 per cent of Saudi pilgrims will be limited to Saudi health practitioners and security men who have recovered from COVID-19. They will be selected from a database of recovered patients, in recognition of their role during the battle against the virus provided they meet the related health criteria.

Last month, Saudi Arabia announced holding this year’s Hajj with a very limited number, confined to Saudis and non-Saudis of all nationalities who are already residing in the kingdom.

More than 2 million Muslims usually perform the Hajj every year. The Hajj is one of Islam’s pillars. Muslims are expected to perform it at least once in their lives if they can afford it and are physically able.