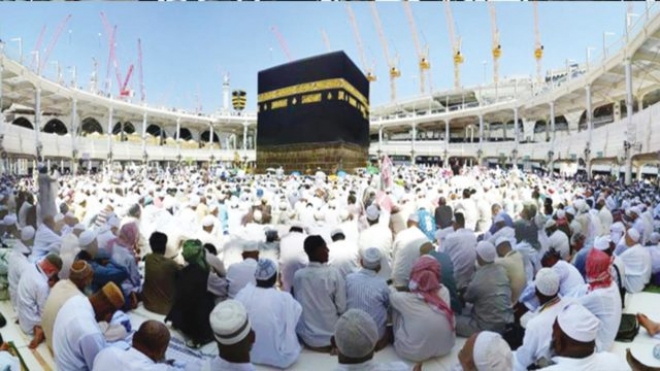 National Hajj Commission of Nigeria (NAHCON) says arrangement has been concluded to unveil a savings scheme in Kano State ahead of the 2021 hajj.

Chairman of the commission, Zikrullah Hassan, disclosed this yesterday at the palace of the Emir of Kano, Alhaji Aminu Ado Bayero.

Zikrullah told the monarch that the saving scheme was designed to ease the cost of fare to the holy land, noting that the commission was collaborating with financial institutions in the country to actualise the scheme.

The NAHCON boss stressed that Nigeria was unable to exhaust its 95,000 allocation in the last five years because of increasing hike of hajj fare, largely occasioned by foreign exchange rate.

Explaining that part of the new board’s vision was to upgrade the operation of hajj in Nigeria to global standard, he noted the commission’s readiness to establish National Hajj Trading Institution to build professional hajj operators in the country.

“Nigeria is the fifth with largest contingent to Saudi Arabia in the in the world, next to Indonesia, India, Pakistan and Malaysia.

“We have 95,000 allocation; but in the last five years, we have not been able to fill the slot due to high fare, which is not be unconnected with exchange rate.

“The reason the commission would very soon launch the hajj savings scheme is to encourage people, especially the poor, to save ahead of time,” he said.

He told the palace that he was in Kano to inspect the N300 million hotel accommodation and hospital facility projects executed through the Hajj Welfare Development Fund.