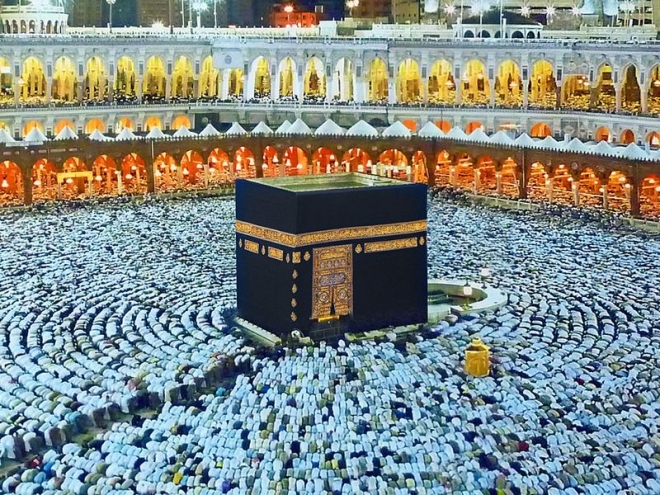 Principal Global Investors will launch a mobile app in Indonesia later this month designed to help the country's 80 million millennials get an early start on saving for the hajj — the pilgrimage to the holy city of Mecca that's obligatory for Muslims to make at least once in their lifetimes.

Company executives say they see the "Young Hajj" program as the first step in building a direct-to-consumer "Islamic ecosystem" capable of being expanded, eventually, to cover a range of goals-based saving needs for the world's largest Muslim population.

Agung Budiono, Jakarta-based CEO of PT Principal Asset Management, said in an interview that Principal is answering a call from the government body dedicated to helping Indonesians save for the pilgrimage, Badan Pengelola Keuangan Haji. BPKH currently oversees roughly 135 trillion rupiah ($9.1 billion) on behalf of those aspiring pilgrims.

A few years ago, BPKH launched an initiative with the goal of helping Indonesians go on the hajj earlier in life — in middle age as opposed to retirement, as is more often the case now.

Indonesians have to save roughly 25 million rupiah (about $1,700) to book a place in the queue for Indonesia's hajj quota, set by the religious authorities in Saudi Arabia, and then accumulate another 10 to 20 million rupiah from further contributions or investment gains to cover expenses on the pilgrimage, said Chee Khiong Tan, Singapore-based head of business innovation, Asia, with Principal Financial Group, in the same interview.

The government typically subsidizes a portion of the total cost of the trip, which covers roughly a week of religious rites but can extend another month or more due to the logistical challenges of getting to the holy lands and flying out again, said Mr. Tan. That subsidy came to about 27 million rupiah in 2019, when the cost of the hajj was set at 72 million rupiah.

With demand far exceeding annual quotas, at present an Indonesian in Jakarta who can plunk down that first 25 million rupiah has to wait more than 20 years to make the trip, he said.

Mr. Tan said that while his company's surveys of Indonesian millennials between the ages of 25 and 40 found all eager to go for the hajj, "saving 25 million rupiah (is) quite a big ask for a lot of them."

Many try to save early, but "guess what — a kid came along, they need to buy a motor bike" and the money gets diverted, Mr. Tan noted. By the time they're ready to save, they're in their 40s, which more often than not means embarking on the physically demanding hajj when they're well into their 60s, he said.

Mr. Budiono said Des Moines, Iowa-based Principal Global Investors LLC is the first money manager to sign on with BPKH to make the investment needed to reach out to that retail customer base across the sprawling Indonesian archipelago.

Working as the engine provider for BPKH on the strength of the digital initiative Principal designed for the project "is a great opportunity," capable of positioning the money manager longer term to help retail customers meet a growing range of needs, Mr. Budiono said.

It fits with Principal's goal of achieving a greater balance between the institutional segment of the firm's Indonesian business — currently 70% of its 8.5 trillion rupiah ($573 million) in assets under management — and the remaining 30% it has raised through bank and insurance company retail platforms.

While the challenges — and expenses — of building a retail business in a country like Indonesia are daunting, its large population, much of which is "underbanked," and vast territory offer a backdrop where digital solutions can "leapfrog" those obstacles, said Thomas Cheong, Hong Kong-based president of Principal Financial Group's business in Asia.

The success of local companies such as ride-hailing business Gojek — as Jakarta-based PT Aplikasi Karya Anak Bangsa is known — has effectively catalyzed the local market, paving the way for digital distribution to serve as the cornerstone of Principal Global Investors' Indonesian retail business, Mr. Cheong said.

PGI is tailoring its Young Hajj savings program to extend for "five to 10 years, depending on the customer's savings appetite," Mr. Tan said.

The mobile app allows users to set their desired time period, between five and 10 years, for achieving the 25 million rupiah target, with an investment calculator setting the monthly contribution required to get there, Mr. Tan said. The client then makes an initial down payment and sets up regular bank debit payments for contributions — to be made electronically via bank virtual accounts at first but with plans to automate payments via eWallets, he said.

Money raised from retail clients will be invested in 100% Shariah-compliant instruments — with roughly 80% allocated to sukuk, an alternative to bonds that offers a share in profits derived from an asset rather than yields, which are contrary to Islamic precepts, Mr. Budiono said.

For now, the runup to the Young Hajj mobile app's launch has been even more reliant on smartphones and the internet than planned, thanks to the coronavirus.

BPKH suspended plans to embark on a roadshow with PGI to introduce the Young Hajj mobile app to audiences such as Islamic universities, Islamic organizations and prayer societies throughout the country until the COVID-19 situation has settled down, Mr. Tan said.

That has left the launch dependent on webinars, he said.

A BPKH spokesman couldn't immediately be reached for comment.

While BPKH's existing 135 trillion rupiah asset pool is already a source of mandates for managers, an executive at a foreign firm with operations in Jakarta, who declined to be named, said the Young Hajj program should be "a huge opportunity in the future" as well.

Mr. Tan said the pace of expansion, when it comes to offering additional goals-based savings products, will be determined by retail clients. "The Young Hajj program is a 'door opener' for our retail business" and the offerings to follow will be demand-driven, he said. "We plan to stay close to and listen intently to our target customer base."