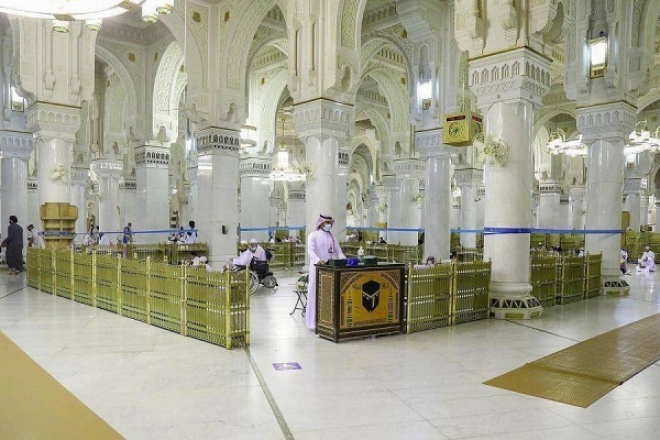 MAKKAH — The General Presidency for the Affairs of the Two Holy Mosques has allocated special entrances and a place for prayers on the first floor at the Grand Holy Mosque for people with disabilities, in addition to providing them with many other services.

The move coincides with the gradual resumption of Umrah and prayers at the Grand Holy Mosque.

The administration has recruited a number of employees who are familiar with dealing and communicating with people with disabilities to distribute masks, sterilizers, and single-use Zamzam water bottles during their time at the Mosque. — SPA