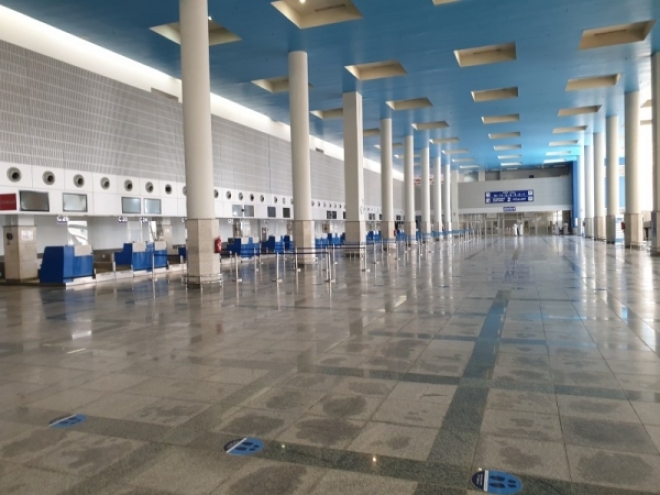 The Hajj and Umrah Terminal at the King Abdulaziz International Airport, Jeddah, has started preparations to receive foreign Umrah pilgrims after a hiatus of almost eight months.

Speaking to Okaz/Saudi Gazette, Eng. Adnan Al-Saqqaf, the CEO of the company operating the Hajj and Umrah lounges at the airport, said that the airport has set up a mechanism to apply precautionary measures to stem the spread of coronavirus in accordance with the approved protocol.

“We have put in place all preventive arrangements with regard to keeping physical distance between pilgrims inside the terminals as well as at the counters. The workers are at the highest levels of readiness, despite the fact not many pilgrims are expected to arrive in first batches during the third phase. However, the number of permitted pilgrims will increase in a phased manner over the period of time,” he said.

Al-Saqqaf said that there will be a separation between entrances and exits of pilgrims and other areas, and all these facilities will be ready to receive pilgrims from next week.

A workshop held at the airport on Sunday discussed necessary preparations for the success of the Hajj and Umrah seasons for the current. Meanwhile, the airport emergency committee has started holding meetings since Tuesday to discuss emergency plans and update them in accordance with international standards.

A total of 120,000 pilgrims have so far performed Umrah and 45,000 people have offered prayers at the Grand Mosque during the current second phase of the gradual resumption of the Umrah service since Oct. 18.


⇐ Previous:
Ministry of Hajj sets accommodation protocols for foreign Umrah pilgrims
Next: ⇒
Dive Deep into The History of Medina At The Dar Al-Madinah Museum