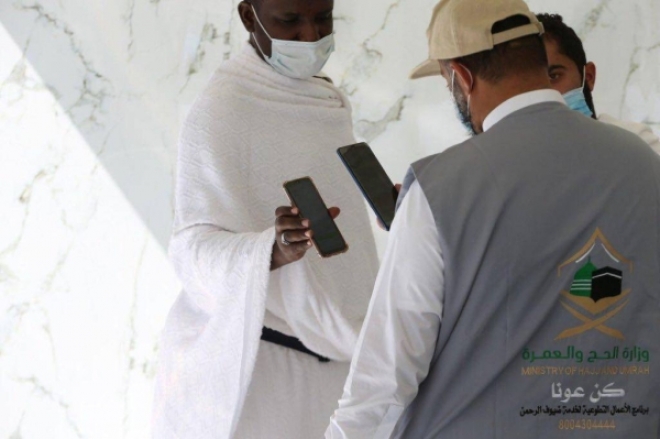 MAKKAH — The Ministry of Hajj and Umrah has seized a number of bogus permits for performing Umrah. It was found that these forged permits were sold to Saudis and expatriates. Some rackets are involved in issuing forged permits to dupe the faithful who are finding it difficult to get Umrah permits due to the overwhelming response for the reservation, making many people wait for several weeks or months, Al-Watan reported.

The concerned officials at the General Presidency for the Affairs of the Two Holy Mosques discovered that some of the permits carried by the pilgrims were forged ones and they had collected them from some agents.

The pilgrims and visitors to the Two Holy Mosques can get permits issued through the mobile application of Eatmarna. It is easier to get permits for performing prayer at the Two Holy Mosques and greet the Prophet (peace be upon him) at the Prophet’s Mosque. But it is difficult to get a permit for Umrah and pray at the Rawdah Sharif as almost all the permits have been issued for several weeks and the rackets are using these difficult times to exploit the pilgrims by selling them forged permits.

The ministry warned Saudis and expatriates against contacting any individuals or agencies that claim that they can issue permits to perform Umrah and pray at the Rawdah Sharif. It emphasized the permit will be issued only through Eatmarna app.

Meanwhile, the general awareness department at the Presidency released a booklet describing the rituals of Umrah, written by eminent Saudi scholar and former Grand Mufti the late Sheikh Abdulaziz Bin Baz, and the booklet can be read through a barcode system.

Sheikh Wuhaib Al-Sulami, the director of the department, said that the booklet will help the pilgrims know the rituals of Umrah as well as to recite a number of supplications. It also included some selected prayers from the Holy Qur’an and the Tradition of the Prophet (PBUH) as well as the precautionary measures and preventive protocols to stem the spread of coronavirus, he added.


⇐ Previous:
The red pilgrimage to Mecca
Next: ⇒
Saudi Arabia to continue coronavirus protocols for Hajj pilgrims till vaccine is available