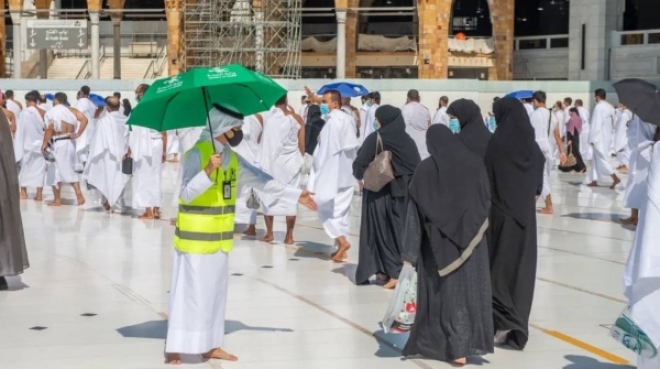 MAKKAH — The General Presidency for the Affairs of the Two Holy Mosques, represented by the Agency for the Women’s Development Affairs, has managed to facilitate performance of Umrah and prayer at the Grand Mosque in Makkah for more than a million women during the period since the gradual resumption of Umrah service and visit to the Two Holy Mosques on Oct. 4.

Dr. Camellia Bint Muhammad Al-Daadi, assistant undersecretary for women’s administrative and service affairs at the agency, said that the presidency received 26,209 women Umrah pilgrims in the first phase of the resumption of Umrah service between Oct. 4 and 18.

She added the number of women pilgrims in the second phase from Oct. 18 to Oct. 31, and in the current third phase that started on Nov. 1 reached 326,603 pilgrims. The number of women worshipers who were granted permit to perform prayers at the Grand Mosque during these phases reached 669,818.

Al-Daadi said the presidency has been successful in effecting smooth crowd control and facilitating performance of the rituals in ease and comfort, and that is strictly in line with compliance of the precautionary measures and preventive protocols to stem the spread of coronavirus.

“All these three phases have been successful, in accordance with the aspirations of the rulers, to provide the best services and facilities so as to ensure the safety and comfort of the pilgrims and visitors to the Grand Mosque,” she added.