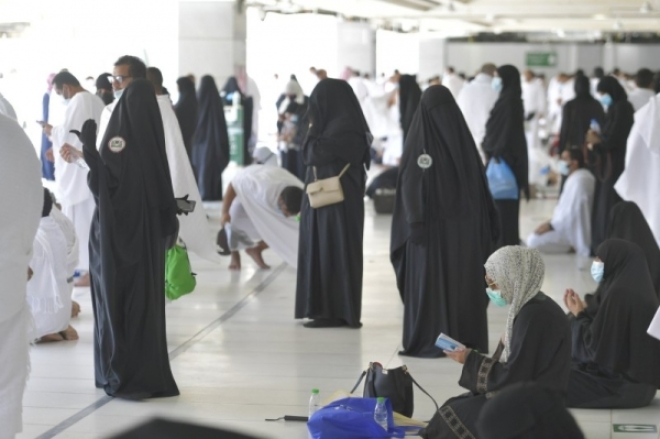 The presidency affirmed that the management of these huge numbers of the faithful has been carried out while ensuring the strict compliance of the coronavirus precautionary measures and preventive protocols.

The presidency said it has made the elaborate arrangements, in coordination with the Ministry of Hajj and Umrah and the relevant authorities, to ensure the safety and health of worshipers and pilgrims as well as to enable them to perform their rituals in ease and comfort.

The Saudi government announced the gradual resumption of Umrah service from Oct. 4. In the first phase, citizens and expatriates from within the Kingdom were allowed to perform Umrah at a 30 percent capacity of the two holy mosques per day (6,000 pilgrims).

In the second phase that began on Oct. 18, the capacity was raised to 75 percent, allowing 15,000 pilgrims and 40,000 worshipers a day. Worshipers were allowed to perform prayer at the Grand Mosque, visit Rawdah Sharif, and greet the Prophet (peace be upon him) at the Prophet’s Mosque during the second phase.

From Nov. 1 as part of the third phase, pilgrims from abroad were allowed to perform Umrah at full capacity of 20,000 pilgrims and 60,000 worshipers per day.

Worshipers need to register through the Eatmarna App to obtain permits to perform Umrah as well as to worship at the Grand Mosque and Rawdah Sharif and to visit the Prophet’s grave.