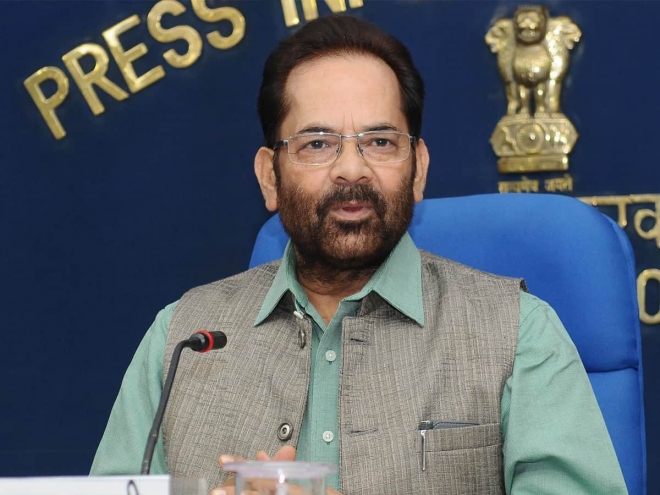 Mumbai: Union Minister for Minority Affairs Mukhtar Abbas Naqvi on Tuesday said arrangements are being made to administer coronavirus vaccines to those going from India for the Hajj pilgrimage.

He was speaking after chairing a meeting of the Haj Committee of India officials and Hajj Group organisers at Hajj House in south Mumbai.

The last date for submission of application forms for Hajj 2021 is January 10, he said. Embarkation point-wise estimated cost per Hajj pilgrim has been reduced, he added.

Naqvi said around 50 per cent of the total applicants so far are women and over 700 women have so far applied under the without ‘mehram’ (male companion) category.

Over 2100 women had applied for Hajj 2020 under that category. These women will go to Hajj 2021 as the application filled up by them for Haj 2020 is also valid for Hajj 2021, a statement from the minister’s office said.

Keeping in view the pandemic situation and feedback from Air India and other agencies, embarkation points for Hajj 2021 have been reduced to 10, Naqvi said.

Earlier, there were 21 Hajj embarkation points across the country.

Saudi authorities had announced in June that due to the pandemic, pilgrims from outside the kingdom would not be permitted to enter Saudi Arabia to perform Hajj last year. This year the Haj will be in July.