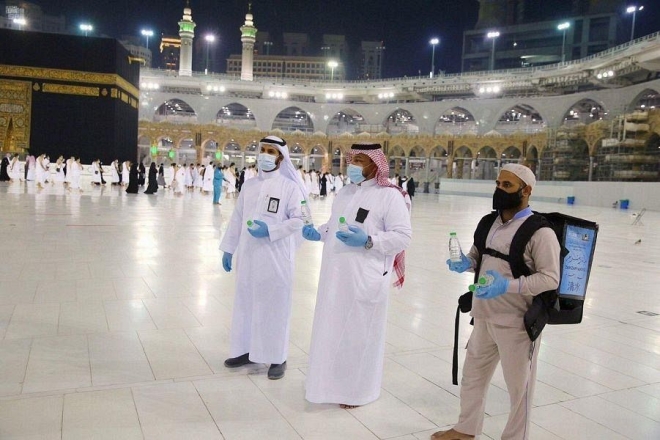 Almost 7.5 million people performed Umrah and prayed at the Grand Mosque in Makkah during the past four months.

The General Presidency for the Affairs of the Two Holy Mosques said 1.9 million people performed Umrah and 5.5 million people prayed at the mosque between Oct. 4, when services that had been suspended because of the COVID-19 pandemic resumed, and Jan. 30.

Osama Al-Hujaili, director of the General Department for Crowds and Promotions at the presidency, said that the authority has “devoted all its energies to serving the pilgrims and providing them with a safe and healthy environment.”

He added that when Umrah pilgrimages returned, in phases, health precautions were in place and lanes were added so that pilgrims and worshipers could maintain the recommended safe social distancing. When the third phase began, on Nov. 1, Al-Hujaili said additional lanes were created near the Kaaba for use by the elderly and people with disabilities.