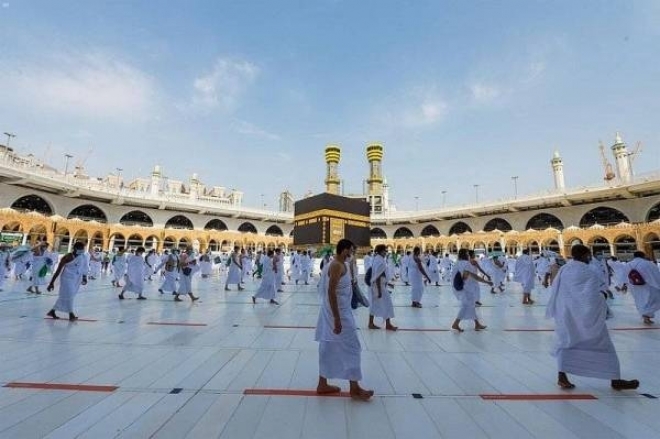 RIYADH — The Ministry of Hajj and Umrah announced that domestic pilgrims between the ages of 18 and 70 will be allowed to perform Umrah, saying this is in line with the directives issued by the Ministry of Health as part of precautionary measures and preventive protocols to stem the spread of coronavirus.

It said that beneficiaries of Eatmarna application can repeat the Umrah after the expiry of the current permit. A new permit can be issued at the earliest available opportunity in the event of canceling the previous permit. “As per the current regulation, booking can be made for the issuance of the Umrah permit every 15 days. It is possible to make the booking on a daily basis through the application and the transportation service is optional,” the ministry said.

Referring to reports about the non-availability of reservation for Umrah through the application, the ministry clarified that it needs to be booked within minutes due to the density of the number of users of the application, exceeding two million users.

The ministry said that it is still implementing the third phase of the gradual resumption of the Umrah service that began from Nov. 1, 2020. Both foreign pilgrims and domestic are allowed to perform the Umrah ritual as well as visit the Prophet’s Mosque and the Rawdah Sharif from the beginning of this phase.

A total of 20,000 Umrah pilgrims are allowed to perform Umrah and 60,000 worshipers are being given permit to perform prayer at the Grand Mosque with 100 percent of the operational capacity during the current phase.