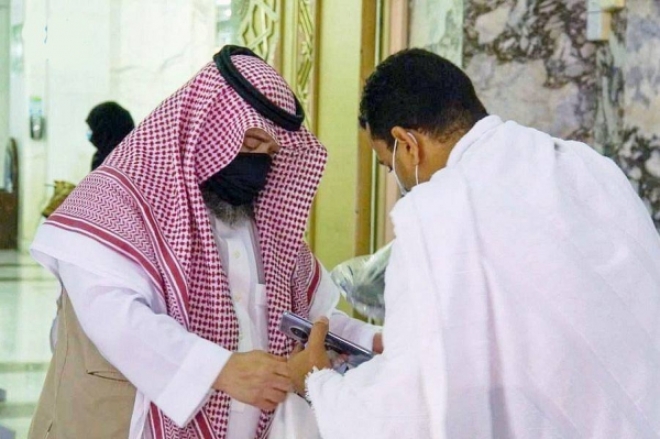 The General Presidency for the Affairs of the Grand Mosque and the Prophet’s Mosque, represented by Technical and Service Affairs Agency, has intensified precautionary measures at the gates of the Grand Mosque, in order to achieve the desired goal that pilgrims, Umrah performers and visitors perform their rituals in an atmosphere of comfort and peace.

As many as 150 qualified employees work around the clock in the department, as their mission is to guide visitors of the Grand Mosque, in addition to achieving smooth movement while entering and leaving the Mosque.