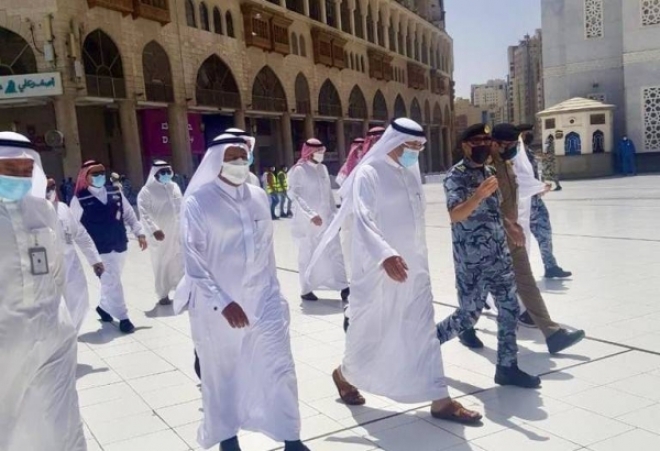 MAKKAH — More than 10 million domestic and foreign pilgrims have so far performed Umrah after registering through Eatmarna application since the gradual resumption of Umrah service on Oct. 4, 2020.

There are three gathering points for the pilgrims and worshipers at the Grand Mosque and its surrounding areas which have a total capacity to hold more than 100,000 faithful in a day.

The minister’s inspection tour of the reception centers coincides with the elaborate preparations and arrangements being made to receive pilgrims and worshipers on the advent of the holy month of Ramadan, which is expected to begin on April 13.

The tour also comes as an affirmation of the keenness of the ministry and all the agencies associated with serving the pilgrims to extend the best possible services to the pilgrims and worshipers.

Deputy Minister Mashat said that the minister’s tour comes within the efforts of the ministry staff in following up the mechanism to ensure the strict compliance of the precautionary measures and preventive protocols to stem the spread of coronavirus and ensure the safety of pilgrims, especially in the coming fasting month of Ramadan.

Al-Mashat urged all employees to make every effort to provide the highest quality services to the guests of God as well as to achieve the aspirations of the Saudi leadership.