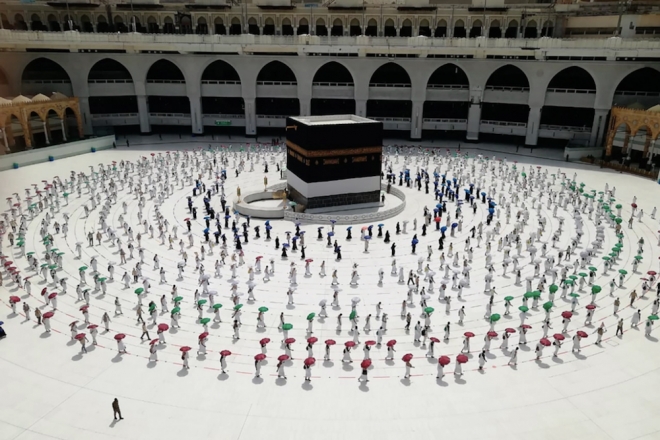 The agreement includes the development of Saudi Arabia’s first Renaissance Hotel, the world’s largest Aloft Hotel and a Courtyard by Marriott in hotel Makkah.

“We are pleased to build on our fantastic relationship with Al Saedan Group and further expand our portfolio across Saudi Arabia with these milestone signings,” Satya Anand, Marriott International’s president for Europe, the Middle East and Africa said in a statement.

“These agreements underscore Marriott International’s commitment to supporting the growth of the Kingdom’s tourism sector and reinforces the continued demand we are seeing for our portfolio of brands across the country.”

Sultan Al-Khudair, CEO of Al Saedan Group, added: “As a company, we are focused on developing projects that support the growth and development of the Kingdom. We are excited to collaborate with Marriott International to open two new properties in Makkah which will be ideal destinations for those visiting for Hajj and Umrah.”

The Renaissance Riyadh Hotel, the brand’s first in Saudi Arabia, will be located in King Abdullah Financial District near Riyadh International Airport. It will include 266 suites, three food and beverage outlets, a spa, pool and fitness center.

Located close to the entrance to the Grand Mosque, the Aloft Makkah Taysir will be the biggest Aloft property in the world, with 1,000 guest rooms.

The third property, Courtyard by Marriott Makkah Kudai, will have 438 guest rooms and will be located two kilometers from the Grand Mosque’s entrance.

The latest signings bring Marriott International’s number of properties in Saudi Arabia to over 30, with more than 9,000 rooms across ten brands and nine cities. The hotelier currently has more than 7,600 properties under 30 leading brands spanning 133 countries and territories.

In February, Reuters reported that the company’s fourth quarter revenue last year fell 60 percent to $2.17 billion. This resulted in a quarterly net loss of $164 million, compared with a profit of $279 million for the same quarter in 2019.