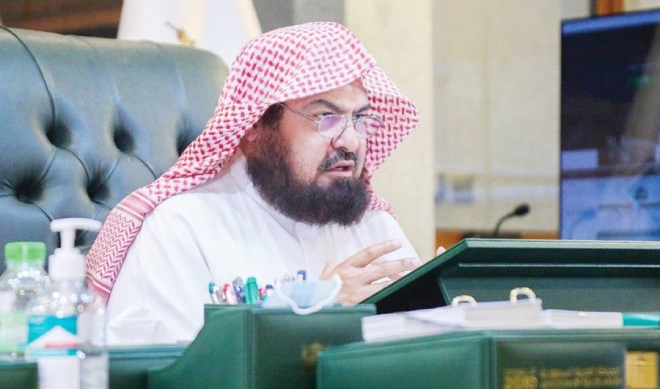 The Ramadan operation plan for the Two Holy Mosques in Makkah and Madinah has been announced, with visitors being urged to get the COVID-19 vaccine to ensure their safety as well as other people’s.

Sheikh Abdurahman Al-Sudais, who is head of the General Presidency for the Affairs of the Two Holy Mosques, said that the operation plan involved receiving all pilgrims in line with the strict health and safety measures that had been imposed to curb the spread of COVID-19, while also ensuring that mosque visitors were given enough ease to make the best of their experience.

“The purpose is to provide a unique experience to Doyoof Al-Rahman (guests of Allah) that will combine performing rituals and preservation of health,” said Al-Sudais. “In the wake of the continued pandemic, I urge visitors of the Two Holy Mosques to get the COVID-19 vaccine to ensure their safety and (that of) other pilgrims and worshippers.”

There will be five areas available for prayers at Makkah’s Grand Mosque, including the eastern courtyard, and a designated area for worshippers with special needs. Umrah pilgrims will also be able to perform Tawaf on the first floor throughout the month.

Those who wish to break their fast at the Grand Mosque or Prophet’s Mosque will be allowed to bring in water and dates for personal consumption only. No sharing or distribution will be allowed.

The General Presidency for the Affairs of the Two Holy Mosques said that no meals would be allowed within the mosques’ premises or courtyards. It will, however, be providing meals for visitors who are breaking their fast and these meals will be distributed individually.

Al-Sudais said that, with the help of nearly 10,000 workers, the Two Holy Mosques will accommodate the number of worshippers according to the plan set in place by authorities to prevent overcrowding.

More than 13 million mask-wearing worshippers visited the mosques once the seven-month prayer and Umrah suspension was lifted last October.


⇐ Previous:
3 tracks closest to Kaaba set for elderly, disabled pilgrims for tawaf
Next: ⇒
The cost to perform haj expected to rise