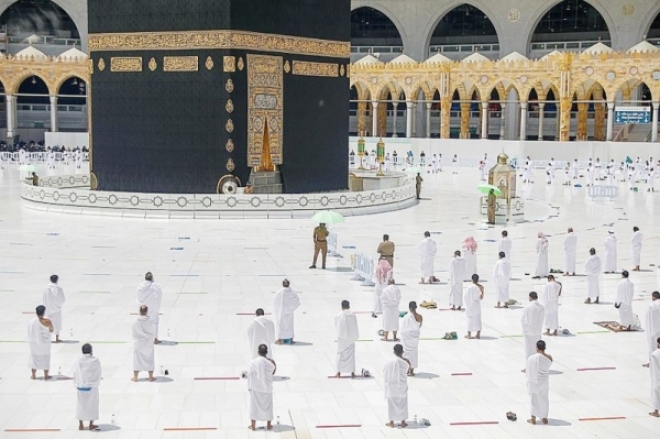 MAKKAH — The General Presidency for the Affairs of the Two Holy Mosques has completed its preparations to receive the vaccinated Umrah pilgrims and worshipers during the holy month of Ramadan.

Hani Hosni Haider, the spokesman of the presidency, said that the entry to the mataf (circumambulation area around the Holy Kaaba) will be designated fully for the Umrah pilgrims.

“There will be 14 tracks for the performance of tawaf for the pilgrims on mataf, three of which closest to Kaaba are exclusively for the elderly and pilgrims with special needs. The presidency has also earmarked prayer areas ensuring physical distance for worshipers and the areas are being sterilized at regular intervals,” he said.

The spokesman said that the presidency has made it mandatory for all its male and female employees, who involve in serving pilgrims and worshipers, to take the vaccine jabs. He said that the sterilization work is continuing at the Grand Mosque in Makkah and the Prophet’s Mosque in Madinah.

“Around 5,000 workers will take part in the cleaning and sterilization work around the clock during the holy month. The entire Grand Mosque is washing and sterilizing up to 10 times on a daily basis,” he said.

Haidar said that the presidency has made arrangements to conduct more than 165 religious classes and lectures, to be led by members of the Council of Senior Scholars, as well as imams and teachers of the Grand Mosque during Ramadan, and these will be broadcast live on the Manarat Al-Haramain online platform in five languages.

He said that the presidency and the concerned authorities of the Two Holy Mosques will not be lenient in implementing the precautionary measures and preventive protocols to stem the spread of coronavirus as well as to ensure the safety of pilgrims and visitors of the Two Holy Mosques. He called on everyone to cooperate and abide by the preventive measures and maintain physical distance.