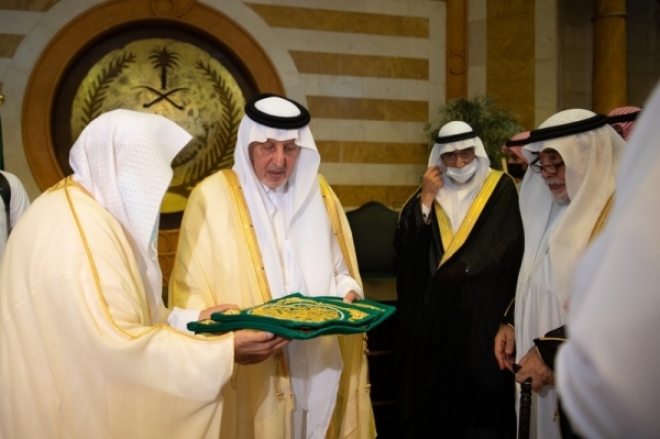 The President of the General Presidency of the Affairs of the Two Holy Mosques Sheikh Dr. Abdulrahman Al-Sudais said that the handing over of the kiswa is a representation of the leadership's great attention and care for the Holy Kaaba.

It also represents the leadership's keenness to harness all capabilities of King Abdulaziz Complex to manufacture the Holy Kaaba kiswa.

The kiswa, which is considered one of the most exquisite works of Islamic art, is 14 meters high, to match the height of the Kaaba, and 47 meters wide, enough to cover the four sides of Islam’s holiest site.

Its upper half is decorated with a 95-centimeter wide strip featuring verses from the Holy Qur’an, inscribed in gold plated silver thread, which weigh 120 kilograms.

Nearly 650 kilograms of natural silk is required to make the kiswa, which is made of five pieces.