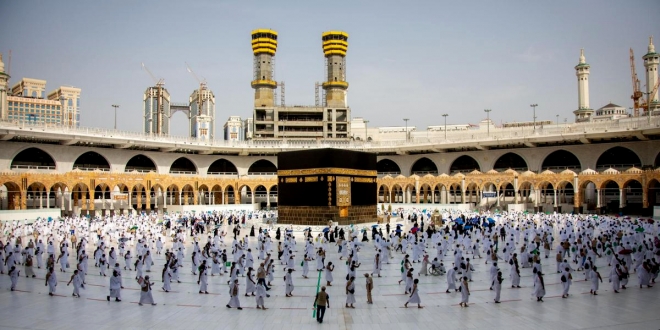 RIYADH: Citizens from nine countries, including Pakistan, India allowed to undertake the Umrah pilgrim, starting from 10th of coming month, according to the published reports on Monday.

It has been learnt that Pakistan, will require a 14-day quarantine in a third country, before Umrah proceedings.

Saudi Arabia on Sunday announced the resumption of Umrah service for pilgrims worldwide from 1st Muharram, 1443, after the end of the Hajj season, according to Saudi state press agency SPA. Meanwhile, Umrah for Saudi citizens and residents in the Kingdom restarted on Sunday.

People wishing to perform the Umrah pilgrimage must first receive approval to do so and must follow safety guidelines. The pilgrims on Sunday abided by precautionary measures laid down by the General Presidency of the Grand Mosque and the Prophet’s Mosque, the SPA added. Local pilgrims can use the Eatmarna app to book a time slot for Umrah or to offer prayers at the Holy Mosque.

The Ministry of Hajj and Umrah stopped receiving applications for Umrah to prepare for this year’s Hajj. However, from Sunday, Umrah agencies have been allowed to issue visas. In this regard, the kingdom reopened the Grand Mosque in Makkah to domestic Umrah pilgrims. Authorities restricted access to the mosque to Hajj pilgrims earlier this month as part of precautions to prevent the spread of Covid-19 during the annual pilgrimage.

More than 500 Umrah service companies and 6,000 foreign Umrah agents will help pilgrims around the world book packages via 30 different websites. Pilgrims will be able to select their packages online which will entail flight bookings and on-ground services including transportation services, hotel bookings and meals.

1 week agoUmrah to resume soon: Saudi officialKARACHI: Trips of Umrah or the lesser pilgrimage will resume later this...