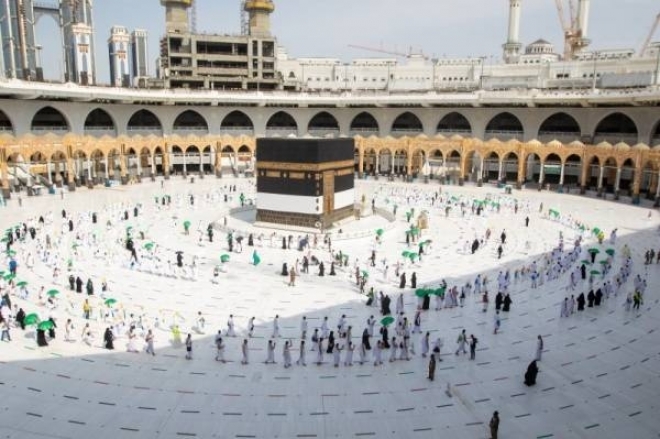 RIYADH — The General Directorate of Passports has completed taking all necessary human and technical preparations to receive and provide necessary services to pilgrims arriving in the Kingdom from abroad.

Meanwhile, the Directorate of Passports at King Abdulaziz International Airport in Jeddah were geared to receive the first flights of pilgrims coming from abroad Saturday, and ready to process their entrance into the Kingdom with ease and as per the precautionary and preventive measures.

Saudi Arabia plans to increase the numbers of Umrah pilgrims to reach 120,000 daily from 60,000 at present, according to the Ministry of Hajj and Umrah.

The undersecretary of the Ministry Abdulaziz Wazan said on Friday during a TV interview that “There is an imminent move towards raising the Umrah capacity to 90,000 pilgrims then to 120,000 pilgrims per day. This will be made in coordination with the competent sides.”

Al Wazan expected that there would be a high turnout for performing the Umrah this year.

He added that the Umrah permits issued by Saudi authorities also cover praying inside the Grand Mosque in Makkah, visiting the Prophet Mohammed Mosque in Madinah and praying in Al Rawda Al Sharifa there.

“The Saudi companies offering services to the Umrah pilgrims are ready to provide the highest quality of services,” he added.


⇐ Previous:
Saudi Arabia to receive as many Umrah pilgrims as per quota granted before COVID-19 outbreak
Next: ⇒
Fully vaccinated children aged 12-18 can apply for Umrah pilgrims