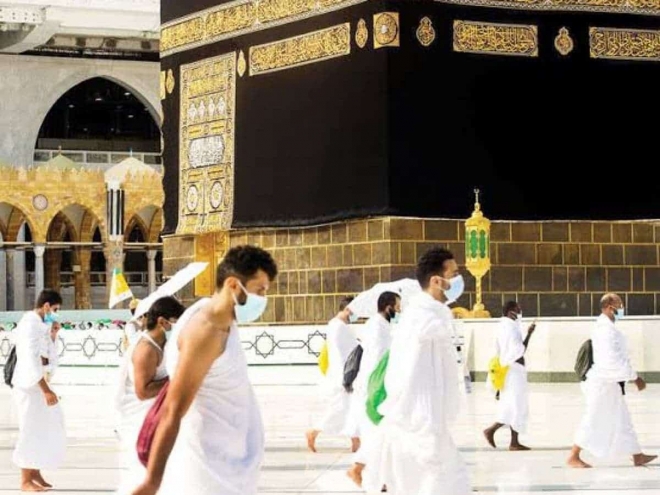 Riyadh: The Kingdom of Saudi Arabia plans to increase the number of Umrah pilgrims to 120,000 per day from 60,000 at present, according to the Ministry of Hajj and Umrah.

“There is an imminent move towards raising the Umrah capacity to 90,000 pilgrims and then to 120,000 pilgrims per day. This will be made in coordination with the competent sides,” Abdulaziz Wazan, the undersecretary of the Ministry of Hajj and Umrah said on Saturday during a TV interview.

Umrah permits issued by the Saudi authorities also include praying inside the Grand Mosque in Makkah, visiting the Prophet’s Mosque in Madinah, and praying in the Al Rawda Al Sharifa there.

The General Directorate of Passports has finished making all the necessary human and technical preparations to receive and provide the necessary services for pilgrims coming to the Kingdom from abroad.


⇐ Previous:
Saudi Arabia to receive as many Umrah pilgrims as per quota granted before COVID-19 outbreak
Next: ⇒
Umrah costs expected to increase due to enforcement of new SOPs