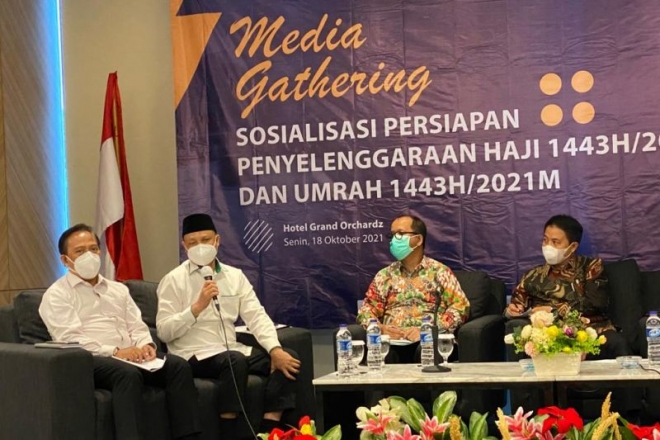 Jakarta (ANTARA) - The Religious Affairs Ministry has acknowledged limited space in Mina Valley, which would be densely crowded during the annual Hajj ritual, as a challenge to seeking an increase in the national hajj quota from Saudi Arabia.

"We need to understand that the limited space in the Mina Valley is the main issue in our effort for applying for Indonesia Hajj pilgrims quota increase," director of overseas hajj service at the Directorate General of Hajj and Umrah Management, Subhan Cholid, stated in Jakarta on Monday.

The number of Indonesian pilgrims has been currently capped at 221 thousand by the Saudi government, he said. They will congregate with pilgrims from other countries at the 126 thousand square meter Mina Valley for several days during the annual Hajj ritual, he added.

Taking into account the proportion of total pilgrims congregating in the valley with the total area of the valley, each pilgrim would have only 0.8 meters of personal space, he said.

The Saudi authorities have pointed to the limited capacity of Mina Valley as the main hindrance to permitting an increase in the hajj pilgrim quota for Indonesia, even as they have sought to redress pilgrims' complaints on the limited personal space in Mina, Cholid added.

To accommodate more pilgrims in Mina Valley, the Saudi government has resorted to expanding the valley's limit into the Muzdalifah area southeast of Mina, the director noted.

"Those measures are being taken by the Saudi authority to help us reach the target of 5 million Indonesian pilgrims quota by 2030," Cholid said.

He also expressed the hope that the COVID-19 pandemic would end soon and the hajj and umrah pilgrimage would return to normalcy without social distancing or other health protocol measures required.

"We hope the pandemic would end soon and normalcy returns, so Indonesian pilgrims can again visit the Holy Land to perform the Hajj ritual," he said.

Mina Valley, located 8 kilometers southeast of Mecca, will host millions of hajj pilgrims during the annual Hajj ritual. A stay of several days in the valley is an essential part of the hajj, as thousands of tents are erected to accommodate pilgrims who continuously offer supplications, perform daily prayers, and listen to sermons.


⇐ Previous:
Hajj Ministry participates in Dubai GITEX event
Next: ⇒
Social distancing stickers from all over Grand Mosque is being removed