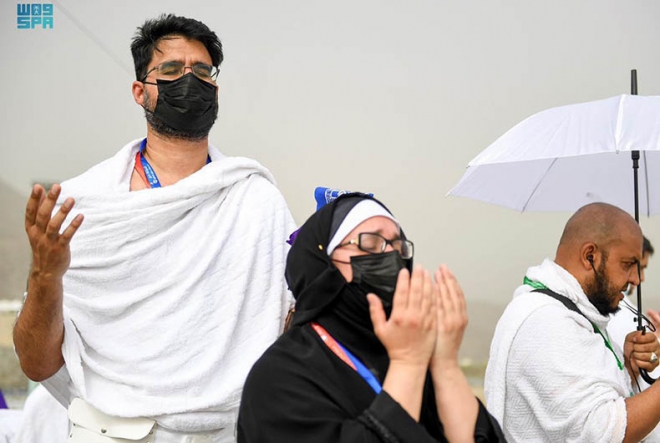 Hajj 2022: The Indian Ministry of Minority Affairs has called a review meeting to oversee registration and application process of pilgrims from India for Hajj 2022 on October 28.

The Ministry of Minority Affairs coordinate Hajj travel from India along with Haj Committee of India.

A review meeting has been called to assess the latest situation and issue Hajj Application Form (HAF) keeping in mind the latest guidelines of Saudi Ministry of Hajj and Umrah.

The Hajj review meeting will be presided by Minister of Minority Affairs India Mukhtar Abbas Naqvi, the ministry said.

The ministry further said that it plans to start receiving Hajj 2022 application form from November first week. It however wants to explore all available options before taking any decision, the ministry said.

The review meeting comes at the background of Saudi government removing all restrictions on prayers in the holy cities – Makkah and Madina, and allowing congregation prayers at Grand Mosque in Makkah and Masjid e Nabawi (Prophet’s Mosque) in Madinah to their full capacity.

Prayers in the holy cities were earlier restricted and limited to set number of pilgrims because of the Covid-19. The Saudi government however eased all restrictions following the improved situation of the Pandemic in the Kingdom.

The Kingdom however still keeps India in the list of 9 countries from where international flights are banned.

Moreover, the Kingdom has not yet taken any decision regarding Hajj 2022 vis-à-vis the number of pilgrims and weather pilgrims from foreign countries will be allowed or not.

The luck 1000 pilgrims in 2020 and 60,000 in 2021 were from all ethnicities but residing in Saudi Arabia. They were chosen through computerised draw.

Against this background and despite lack of clarity from Saudi Arabia it is surprising that India wants to rush through Hajj 2022 application process.

Last year, the Haj Committee of India had started receiving Haj application form November 7, 2020 for Hajj 2021. A good number of pilgrims had applied however the Haj travels from India were cancelled and those who had applied were left disappointed.

Similarly, a huge number of pilgrims had applied through Haj Committee of India for Hajj 2020 and had paid the entire cost of their travel and accommodation. Their travel was however cancelled in the last minute and had to suffer a lot in getting refund of the amount they had paid.