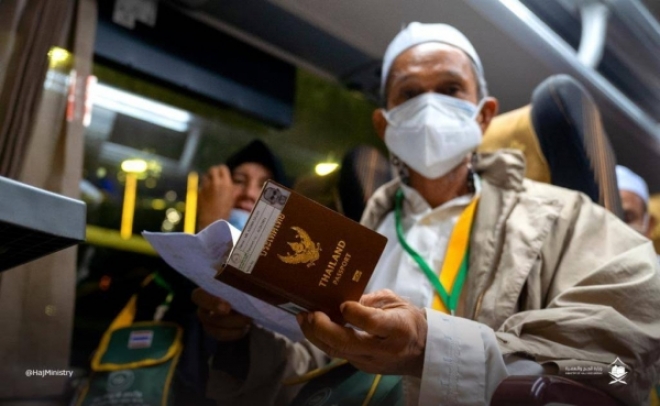 JEDDAH — The first group of Umrah pilgrims from Thailand arrived in Saudi Arabia this week after the two countries restored full diplomatic ties earlier this year, a local newspaper reported.

The pilgrims arrived at King Abdulaziz International Airport (KAIA) in Jeddah following the resumption of direct flights between the two countries.

They flew into the Kingdom aboard a flight operated by the Saudi national carrier, Saudia, from Bangkok.

The pilgrims were welcomed upon arrival by officials from the Ministry of Hajj and Umrah, the General Authority of Civil Aviation and the KAIA.

The Saudi Airlines earlier this week relaunched flights between Saudi airports and Thailand, less than two months of restoring full diplomatic ties after a gap of around 32 years.

“Among advantages of restoration of full diplomatic ties between Saudi Arabia and Thailand is the return of direct flights that allow pilgrims to fly to the Kingdom and facilitate their arrival procedures,” said Hani Al Omeiri, a member of Saudi Arabia’s National Hajj and Umrah Committee.


⇐ Previous:
Umrah Planning Stepped Up Ahead of Ramadan
Next: ⇒
NAHCON directs state pilgrimage boards to prepare for 2022 hajj