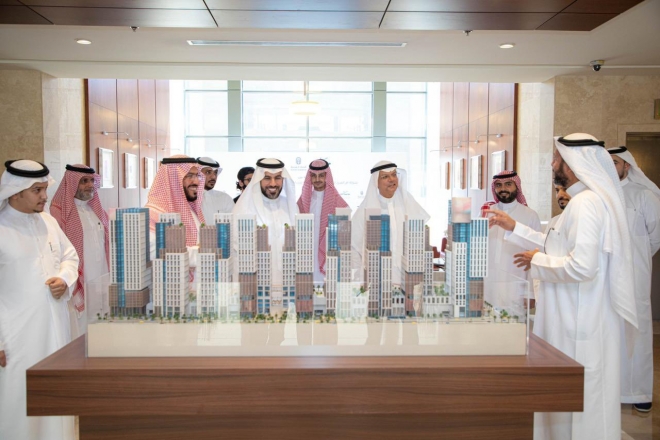 Saudi-based Umm Al Qura for Development and Construction said it has signed an agreement with Al Diar Al Arabiya Company for the construction of 10 new residential towers at Masar residential community development within Makkah city at an investment of SR3 billion ($798 million).

Massar is an urban destination with a development and investment vision that enhances the quality of life for the residents of Makkah and its guests of pilgrims and Umrah pilgrims, and is characterized by its strategic location in the center of the Saudi city.

The development of Masar destination, where King Abdul Aziz Road is the core component, has been carefully planned according to a modern holistic concept based on complementary, interrelated foundations, including environmental and urban aspects, stated the Saudi developer.

Located on a ​​1.25 million sq m area in Makkah, the project boasts a 3,650-m-long boulevard as a natural extension of Makkah mosque in addition to green spaces, and many integrated cultural and social facilities.

It also encompasses two malls, together with five, four and three-star international hotels and serviced apartments. Once complete, the project will offer 33,300 parking lots.

According to Umm Al Qura, the plans take into account the geological aspects of Makkah, especially where the implementation of utilities such as car parking facility, telecommunications, electricity and the sewage network are concerned.-TradeArabia News Service